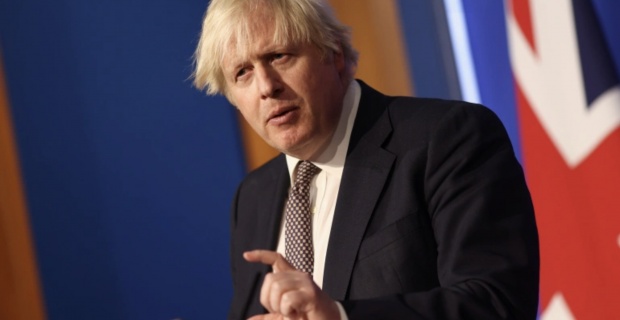 British Prime Minister Boris Johnson represents a significant threat to the electoral success of the Conservative party according to a new poll, which also revealed that members of his Cabinet would have a better chance at facing the Labour party.

The survey carried out by Opinium revealed that under Johnson the Tory party would be 60 seats worse off when compared to the Chancellor of the Exchequer Rishi Sunak, who is being viewed as a favorable successor of Johnson should there be a leadership challenge.

“It might be expected that simply reminding voters of the names of the two main party leaders would make little difference to voting intentions,” Paul Kellner of YouGov said in a statement shared with the Guardian magazine.

“The fact that it shifts the party lead by five points suggests that Johnson is now a significant drag on Tory fortunes,” Kellner added.

According to the poll, when asked which party they would vote for, 39% of people said they intended to vote for the opposition Labour party, with 32% choosing the ruling Conservative party.

However, when the prime minister’s name was mentioned, support for the Tories dropped to 27%, giving Labour an added 12% lead, its highest in many years.

Voters were also queried on which members of Johnson’s Cabinet they would vote for as an alternative to the prime minister himself when faced against Labour head Keir Starmer. These included Sunak, Foreign Secretary Liz Truss and Housing and Communities Secretary Michael Gove.

Despite her unpopularity with the general public, Truss is a favorite of Conservative party members and activists who view her as the successor to Johnson, replacing Sunak as the favorite.

“As with all such polls, the numbers may change. Truss could reasonably argue that she is not yet as well known as Sunak; were she to be elected party leader, she would have ample opportunity to burnish her image,” Kellner said.

“In contrast, Sunak might face a difficult spring, as living standards fall, with inflation outstripping pay, and tax rises coming in April. Even so, the gulf between Sunak and Truss is currently big enough to make the choice of Truss as leader a clear electoral risk,” the pollster added.

Under current research, Johnson is predicted to secure 203 seats while Sunak is projected to win 263. Under Truss, the Conservatives would gain a measly 162, while Gove would garner 136. At present, the Tories maintain a 361 seat majority.

The ruling party has come under significant strain in the past month after a series of debilitating corruption scandals involving coronavirus lockdown breaches, parliamentary rebellions by Tory MPs and a major loss in a by-election that has raised questions on Johnson’s viability as prime minister.

Keywords:
British Prime MinisterBoris JohnsonLabour PartyCONSERVATIVE Party
Your comment has been forwarded to the administrator for approval.×
Warning! Will constitute a criminal offense, illegal, threatening, offensive, insulting and swearing, derogatory, defamatory, vulgar, pornographic, indecent, personality rights, damaging or similar nature in the nature of all kinds of financial content, legal, criminal and administrative responsibility for the content of the sender member / members are belong.
Related News