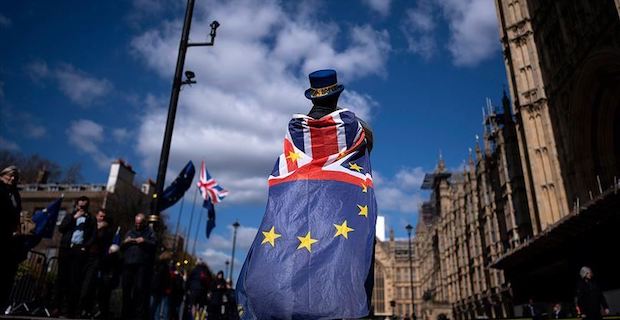 When the Leave campaign snatched a narrow victory in the 2016 EU membership referendum, nobody thought the shocking result of leaving the bloc after a more than four-decade mutually beneficial partnership would poison U.K. politics for the next few years.

The referendum, which came to the ballot boxes as an election campaign promise by then-Prime Minister David Cameron, ended his political career in a reversal of fortune with its result, no matter that he had campaigned to remain, only a short while after he won a landslide victory in the May 2015 election.

The new Tory government under Cameron’s successor, Theresa May, followed a non-transparent path of negotiations with EU officials, and she was often accused of listening to neither other political parties in the House of Commons, nor the devolved governments of Scotland and Wales. However, a snap election in 2017, which she gambled would give her an upper hand in the House, ended dramatically with her losing a parliamentary majority, forcing her to take Northern Ireland’s DUP on board in a confidence and supply deal – in return for £1 billion ($1.25 billion) in investment for the region.

Despite all attempts, though, May was eventually forced out from the top office by her own party members after she failed repeatedly to get approval from the House on a deal she negotiated and reached with the Europeans. The deal’s Irish backstop clause simply made hard Brexiteers’ tummies turn, as it would mean Northern Ireland would be anchored within the EU, an idea categorically rejected by the DUP as well.

She announced her resignation as party leader and of course prime minister in an emotional speech this May in front of No. 10 Downing Street.

Boris Johnson, prorogation, and beyond

Boris Johnson, a staunch leave campaigner and adamant Brexiteer, replaced May this July as other Brexit-focused members got behind the Conservative Party wheel after Britain had to seek two divorce-date extensions from the EU, something they found unacceptable. To them, the country had to leave the union as soon as possible.

In an unprecedented move, last month Johnson received the blessing for a five-week prorogation from Queen Elizabeth, who was told the suspension was needed for a new government program and Queen’s Speech.

However, a couple of legal challenges, one in England and another in Scotland, were propelled to the country’s top legal battleground, the Supreme Court.

The suspension move had faced heavy criticism by opposition parties and even a score of Tory MPs, whose whips were removed after not playing Johnson’s Brexit tune in a series of parliamentary votes, blasting the suspension as antidemocratic and unlawful.

The word “unlawful” would only be heard again in the Supreme Court’s ruling this Tuesday, which annulled Johnson’s prorogation, declaring it null and void.

Johnson immediately said he disagreed with the unanimous ruling from 11 judges, but said he would respect the outcome. However, opposition leaders are now calling on him to resign for acting unlawfully in his prorogation gambit.

What next in Brexit conundrum?

Nobody, including veteran members of the House of Commons, knows how the turbulent, treacherous, and uncharted waters of British politics will next engulf Brexit.

The opposition parties and Tory rebels, who already passed a law that requires Johnson to request a third extension from the EU if he cannot secure a deal by Oct. 19, are now mulling ways to force him to obey the law and do as necessary. This because Johnson has repeatedly pledged he would not seek a further extension from Brussels and the U.K. will leave on Oct 31.

The prime minister already signaled that he would not take seriously the calls for his resignation and is expected to bring yet another motion for a snap election – to date two such motions failed to receive enough support before the now-nonexistent prorogation.

The opposition can always use the instrument of calling a no-confidence vote, but at this point, the Labour Party does not trust Johnson. For this maneuver would free him to dissolve parliament for an election, which could be set for a date beyond Oct. 31, thus facilitating the no-deal Brexit they have tried so hard to avoid.

As parliament is back in chambers on Wednesday, new tactics and creative solutions can pour into Westminster, but how British politicians will really proceed next is a big question mark.

Keywords:
Boris JohnsonBrexitBritish PoliticsDavid Cameron
Your comment has been forwarded to the administrator for approval.×
Warning! Will constitute a criminal offense, illegal, threatening, offensive, insulting and swearing, derogatory, defamatory, vulgar, pornographic, indecent, personality rights, damaging or similar nature in the nature of all kinds of financial content, legal, criminal and administrative responsibility for the content of the sender member / members are belong.
Related News