Boris Johnson will be investigated by a Commons committee over claims 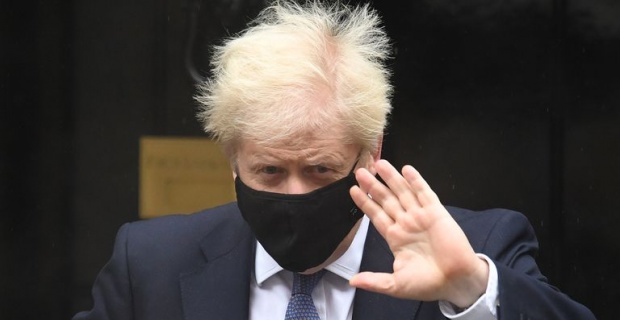 Boris Johnson will be investigated by a Commons committee over claims he misled Parliament about parties in Downing Street during lockdown.MPs approved the Privileges Committee launching an inquiry once the police have finished their own investigation into the gatherings.The government had tried to delay the vote, but made a U-turn following opposition from its own MPs.
Mr Johnson said he had "absolutely nothing, frankly, to hide".Speaking during an official trip to India, the prime minister added: "If the opposition want to focus on this and talk about it a lot more, that's fine."Last week, the prime minister - along with his wife and the Chancellor Rishi Sunak - was fined for breaking Covid laws by attending an event in Downing Street to celebrate his birthday.So far the police have announced they have issued at least 50 fines as part of their investigation.Mr Johnson had previously told MPs laws were not broken in Downing Street, leading to accusations from opposition parties that the prime minister had misled them.Under government guidelines, ministers who knowingly mislead the House of Commons are expected to resign.Labour leader Sir Keir Starmer called the government's U-turn a "humiliating climb-down" that showed Tory MPs "know they can no longer defend the indefensible".Speaking after the vote, he added: "Boris Johnson has lost the trust of the public over parties held in Downing Street during lockdown."Now it's clear he has lost the confidence of his MPs."'Orgy of adulation'Urging MPs to support an investigation, LiberalDemocrat leader Sir Ed Davey said: "The public won't stomach another Conservative stitch-up that drags our democracy through the mud just to protect one of their own."SNP Westminster leader Ian Blackford said Mr Johnson had "lied to avoid getting caught, and once he got caught, he lied again".Senior Conservative backbencher Steve Baker accused Mr Johnson of indulging in an "orgy of adulation" and "a festival of bombast" on Tuesday, shortly after apologising to MPs for his rule-breaking.He said the prime minister's "contrition had only lasted as long as it took to get out of the headmaster's study" and that he should be "long gone".After more than five hours of debate, MPs were asked if they supported launching an investigation into Mr Johnson.No one opposed the proposal, so the motion was approved without a formal vote.

Keywords:
Boris JohnsonCommons CommitteeInvestigated By A CommonsLockdown Parties
Your comment has been forwarded to the administrator for approval.×
Warning! Will constitute a criminal offense, illegal, threatening, offensive, insulting and swearing, derogatory, defamatory, vulgar, pornographic, indecent, personality rights, damaging or similar nature in the nature of all kinds of financial content, legal, criminal and administrative responsibility for the content of the sender member / members are belong.
Related News