If Johnson elected as new Tory leader, he will replace Liz Truss, his successor for 6 week. 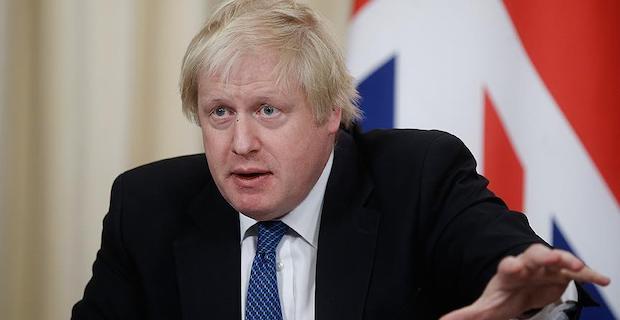 Boris Johnson is expected to stand in the Conservative Party leadership race following the resignation of Liz Truss, The Telegraph reported on Thursday. Johnson, if elected as the new leader, could replace his successor Truss after a mere six weeks and become British prime minister again. According to local reports, more than 30 Tory MPs are campaigning to bring back Johnson to Number 10. Conservative MP James Duddridge wrote under the hashtag #bringbackboris on Twitter: “I hope you enjoyed your holiday boss. Time to come back. Few issues at the office that need addressing." Johnson had resigned on July 7 after his government was rocked by a series of resignations. The nominations for the leadership contest will be made by Monday.

Keywords:
Boris JohnsonLiz Truss Resignation
Your comment has been forwarded to the administrator for approval.×
Warning! Will constitute a criminal offense, illegal, threatening, offensive, insulting and swearing, derogatory, defamatory, vulgar, pornographic, indecent, personality rights, damaging or similar nature in the nature of all kinds of financial content, legal, criminal and administrative responsibility for the content of the sender member / members are belong.
Related News