Will Holidays abroad be allowed from England from 17 May ? Can I go on a foreign holiday this summer?

UK Foreign Secretary Dominic Raab confirmed on Sunday that there were plans to adopt a traffic light system in England for international travel, which would detail the risk level of travelling to different destinations. 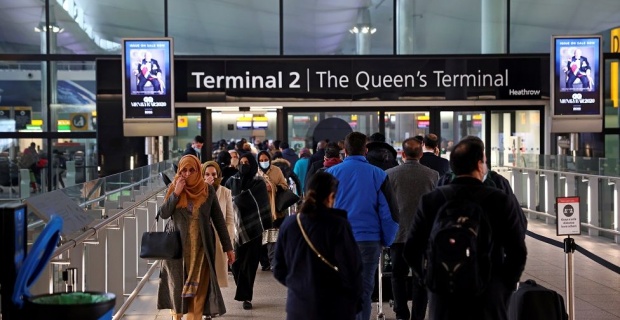 AVRUPA TIMES/LONDON-Holidays abroad should be discouraged even when legal to prevent further lockdowns, a cross-party group of MPs has said Under the UK government’s roadmap to ease restrictions, international travel for leisure could resume from 17 May.Holidays abroad will be allowed from England from 17 May. Scotland should align itself with other UK nations when deciding when to allow holidays abroad, a travel industry representative has said. Alan Glen, from the Scottish Passenger Agents Association, said there was "no way" it would work if Scotland had a different system to England.Non-essential travel abroad will be allowed from England from 17 May. However, the Scottish government has not yet said when this restriction will be relaxed in Scotland.

There is currently a ban on non-essential travel abroad from Scotland under Covid rules.

Mr Glen, who also runs Blantyre travel agents Glen Travel, told BBC Radio's Good Morning Scotland programme: "We have to have a four nations approach to this."There's no way it's going to work [with] Scotland operating a different system to England when you can freely travel across the [Scotland-England] border and fly out of an English airport - and that's exactly what will happen."

UK Foreign Secretary Dominic Raab confirmed on Sunday that there were plans to adopt a "traffic light system" in England for international travel, which would detail the risk level of travelling to different destinations.

Can I go on a foreign holiday this summer?

Mr Glen said: "For the travel industry, the traffic light system is a cautious approach and a risk-based approach."There's a couple of other things that you've got to factor in now that weren't available last year: one is the vaccine, another thing is testing."Even when you're on the 'green light', which will be low risk countries, you'll have to have two PCR tests to come back... It's not just throwing the borders open."Mr Glen added that he believed holidays abroad this year would be "very much safer" than last summer.A report found in December that the second wave of the pandemic in Scotland could be traced to summer holidays and other travel abroad in July and August.

Linda Bauld, professor of public health at the University of Edinburgh, said restrictions on travelling abroad was an issue where the UK had to co-ordinate its plans, because they would not be "viable" otherwise.She also told the BBC that "smart vaccine certificates" could be one way of making international travel safer."I know vaccine certificates are very controversial, but just to be clear, for international travel they're a lot less controversial," she said."There is much broader acceptance of that and I think that will be the way ahead - but if we move in that direction we do need to think about global equity around provision of vaccines."All of Scotland is due to move to level two from 17 May. It will mean that people can meet outdoors in larger groups and will also allow smaller groups to meet indoors.

Travel will be permitted within Scotland and to the other UK nations, but there is no detail on whether non-essential overseas travel will be allowed. First Minister Nicola Sturgeon said in April that the Scottish government wanted to "restore normality" on international travel as quickly as possible, but added that there was a need to be "sensible in light of the risks we face"."We are continuing to work with the UK government to agree a common approach to international travel after 17 May," she said.

Keywords:
COVIDHolidays AbroadFour Nations SystemInternational TravelTraffic Light System In EnglandTraffic Light System Holiday
Your comment has been forwarded to the administrator for approval.×
Warning! Will constitute a criminal offense, illegal, threatening, offensive, insulting and swearing, derogatory, defamatory, vulgar, pornographic, indecent, personality rights, damaging or similar nature in the nature of all kinds of financial content, legal, criminal and administrative responsibility for the content of the sender member / members are belong.
Related News