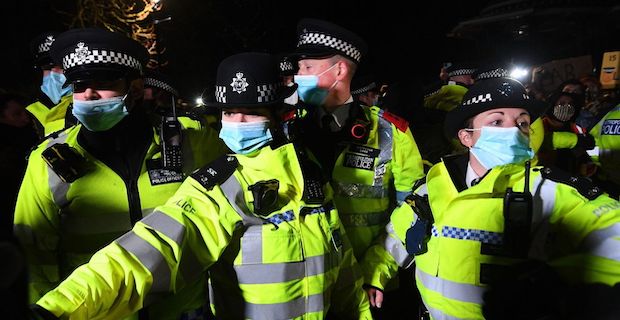 The British government on Tuesday launched an inquiry into the “systematic failures” of the police following the murder of Sarah Everard by a serving officer in March this year. Speaking at the Conservatives’ party conference in Manchester, Home Secretary Priti Patel said Everard’s murder by police officer Wayne Couzens had “exposed unimaginable failings” in the UK policing strategies.

On March 3, Sarah Everard, a 33-year-old marketing executive, was arrested by Couzens in South London as she was walking home to the Brixton Hill area from a friend's house. Couzens falsely arrested her under the pretext of breaching COVID-19 regulations. He later raped and strangled her. Couzens was given a whole life jail sentence for abduction, rape, and murder.

“It is abhorrent that a serving police officer was able to abuse his position of power, authority, and trust to commit such a horrific crime,” Patel said.

“The public has a right to know what systematic failures enabled his continued employment as a police officer. We need answers as to why this was allowed to happen,” the home secretary added.

According to Home Office, the first part of the inquiry will analyze and examine Couzens’ past behavior and create an accurate account of his violent conduct before his arrest and sentencing to life in prison. Missed opportunities to prevent Everard’s murder will also be looked at by the Metropolitan Police.

The second part of the investigation will look into the issues raised and brought about by the first part and could discover wider institutional issues within police forces across the country.

Calling Couzens a “monster”, the home secretary said she would strengthen the legal system so that offenders and murderers like Couzens would face the most serious sentences.

Keywords:
UKUK PoliceSarah EverardBritish Government
Your comment has been forwarded to the administrator for approval.×
Warning! Will constitute a criminal offense, illegal, threatening, offensive, insulting and swearing, derogatory, defamatory, vulgar, pornographic, indecent, personality rights, damaging or similar nature in the nature of all kinds of financial content, legal, criminal and administrative responsibility for the content of the sender member / members are belong.
Related News