Parts of England and Wales in the south and west will experience hotter weather than the north and Scotland, according to forecasts by the Met Office. 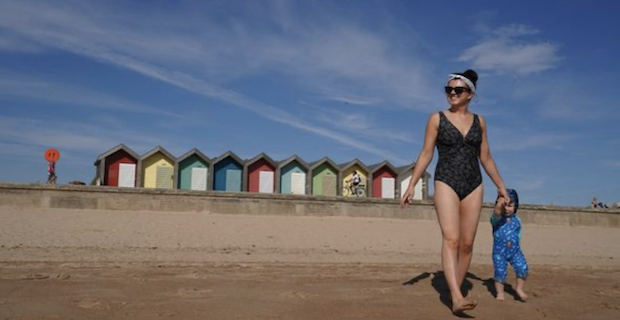 Temperatures to rise above 30 C, Met Office says amid warnings of drought.The UK will experience a new heatwave in the coming week with temperatures predicted to rise above 30 C (89 F).Parts of England and Wales in the south and west will experience hotter weather than the north and Scotland, according to forecasts by the Met Office."We are not really tapping into the heat across Spain and Portugal this time," said Alex Deakin, a meteorologist of the Met Office, adding that temperatures in the south of the country could be "into the low-30s and in eastern Scotland the mid-20s," by Wednesday.Noting that there was "some uncertainty" about the end of the week, Deakin said a cold front could move south, introducing cooler air."But, some computer models keep that weather front up to the north," he said, adding that this would allow temperatures to "rise further towards the back end of next week."The warning from the Met Office was made days after a partial hosepipe ban was introduced by water companies in southern England over fears of drought from the impending heatwave.

The Met Office has urged water companies across the country to enforce further water bans to prevent the loss of essential reserves. 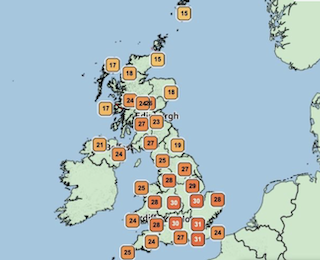 Under the Temporary Use Ban, hosepipes will be prohibited from watering gardens, cleaning cars, filling pools or ponds and clearing out patios.The month of July broke the record for being the hottest month in the UK, with temperatures rising above 40C, the hottest since records began in 1836.During this month, the UK was hotter than 98% of all other countries in the world.Brits are set to basque in further hot weather this week with temperatures soaring into the 30s once again for some parts of the country, the Met Office has confirmed

Britain is headed for another scorcher this week with the mercury set to reach up to 34 degrees. 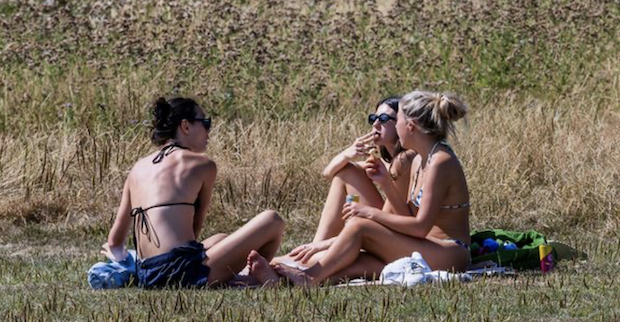 The warmer weather started to creep back in across south east England on Sunday with temperatures climbing to 27 degrees by 3pm. High pressure will see peak temperatures continue to rise and could even push thermometer readings into the mid 30s once more.Last month, the UK recorded temperatures of over 40C for the first time ever and it appears the summer heatwaves are not over yet. The sunshine is expected to return this week with the Met Office predicting highs of 28C on Monday gradually heating up into the weekend. By Wednesday, the south should see highs of 31C creeping up to 34C by the beginning of next week although this depends on a possible cold front which could dampen things. 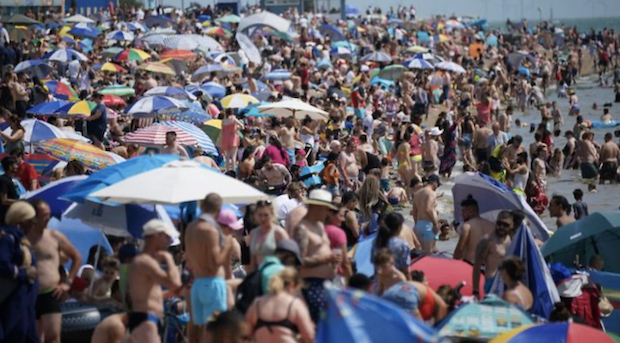 Boris and Carrie Johnson mini-moon at 'soothing energy' villa while UK heads to recessionParts of the UK could see more heatwave conditions for three days or more, according to the national weather agency. Higher than average temperatures are also expected for "many areas of the UK" with further details from the Met Office detailed below according to region.

Keywords:
Uk DroughtEnglandWalesScotlandLondonUKUK Heatwave Again
Your comment has been forwarded to the administrator for approval.×
Warning! Will constitute a criminal offense, illegal, threatening, offensive, insulting and swearing, derogatory, defamatory, vulgar, pornographic, indecent, personality rights, damaging or similar nature in the nature of all kinds of financial content, legal, criminal and administrative responsibility for the content of the sender member / members are belong.
Related News