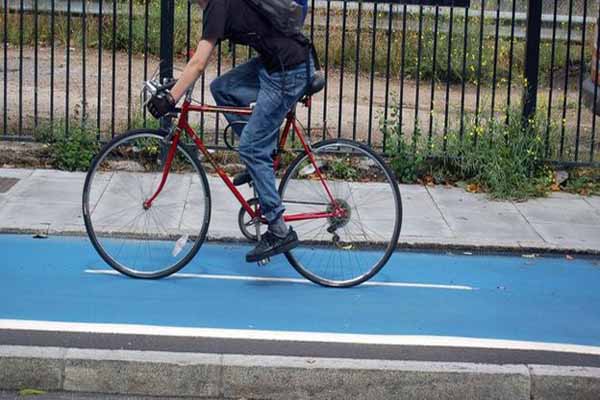 Londoners are to benefit from a formal partnership between Transport for London (TfL) and British Cycling, the national governing body for cycling. Both parties have agreed to work together more closely in order to inspire more people to cycle and to promote enjoyable, safe and responsible cycling.  Cycling in London has continued to grow rapidly. TfL recorded the highest levels of cycling activity during a four week period in July/August on its roads, 20 per cent higher than the same period last year. On the Transport for London Road Network there has been a 173 per cent increase in cycling since 2001. Barclays Cycle Hire has contributed to the surge in cycling in London and recently hit a record for total hires in July with 1.18m hires. The scheme also had the busiest weekend ever during Saturday 16 and Sunday 17 August, as part of its fourth birthday celebrations.

A key focus of TfL and British Cycling’s work will be to help new cyclists gain confidence by offering guided cycle rides. Riding with others in a group with a professional, trained leader is fun and helps people new to cycling get the confidence they need to cycle more regularly. The led rides offer a fantastic opportunity for people new to cycling to get started following on from adult cycle training. The partnership will aim to triple this activity by offering almost 10,000 places on guided rides across London in 2014 and building on the 3,500 participants in 2013. The rides are suitable for people at all levels, from beginner to the more advanced.

The partnership will also aim to encourage people from all backgrounds into cycling, including women, disabled cyclists and black, Asian and minority ethnic (BAME) groups. It is expected that British Cycling’s diverse membership will allow TfL to reach a greater number of groups traditionally under-represented in cycling as well as more experienced club cyclists.

TfL and British Cycling have collaborated since 2007 when London first hosted the Tour de France and over the last few years have established closer working ties through events such as the Barclays Cycle Hire free weekend in August which included successful led rides in the Royal Parks, the Fête du Tour – a day of celebrations linked to the Tour de France – and they are high profile supporters of TfL’s online London Cycle Challenge.

Leon Daniels, TfL’s Managing Director for Surface Transport, said: “We are looking forward to working even more closely with British Cycling over the coming years. We’ve already worked together on some fantastic events and we are pleased to be pooling our expertise to inspire more people to start cycling.

“This cementing of our relationship comes at a time when we are seeing more and more people using pedal power in London on some of our main roads, with the highest levels of cycling activity ever recorded on our roads.”

British Cycling’s Director of Recreation and Partnerships, Stewart Kellett said: “British Cycling and Transport for London share the same goal of getting more people riding bikes and this partnership will help us to build on the progress of the last few years.

“Britain is now one of the most successful elite cycling nations in the world and almost seven million people in England are now regularly riding bikes for fun, for sport or as a form of transport. We want to use this inspiration to go even further. As a world leading governing body, we are in a great position to work alongside TfL to help build people’s confidence on the roads, introducing them to a new way of getting around the capital.”