Schools in Scotland and Wales to close from Friday

Schools in Scotland and Wales are to close from Friday in response to the coronavirus epidemic. 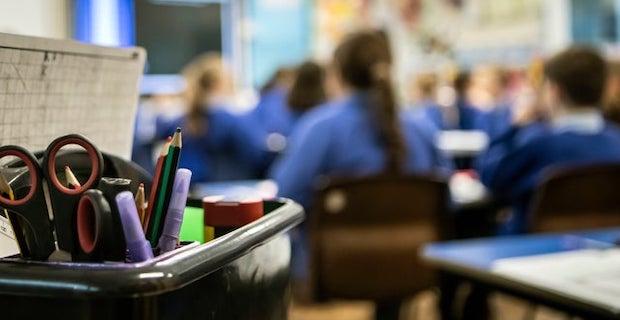 It is expected the UK government will announce shortly that schools in England will follow suit. Scotland First Minister Nicola Sturgeon says schools have now lost too many staff to continue as normal. The coronavirus death toll in the UK has now reached 104 after the NHS said a further 32 people had died in England after testing positive.  Confirmed coronavirus cases in the UK rose to 2,626 on Wednesday, from 1,950 on Tuesday. There have been 56,221 tests carried out in the UK for Covid-19, of which 53,595 were confirmed negative.

The government says it plans to more than double the number of tests being carried out in England to 25,000 a day.

It comes as frontline doctors expressed concerns about the lack of testing among NHS staff and the shortage of protective equipment.

Meanwhile, the government is bringing forward emergency legislation to protect private renters from eviction after being urged to do more for them.

Keywords:
WalesCoronavirusSchoolsScotland
Your comment has been forwarded to the administrator for approval.×
Warning! Will constitute a criminal offense, illegal, threatening, offensive, insulting and swearing, derogatory, defamatory, vulgar, pornographic, indecent, personality rights, damaging or similar nature in the nature of all kinds of financial content, legal, criminal and administrative responsibility for the content of the sender member / members are belong.
Related News