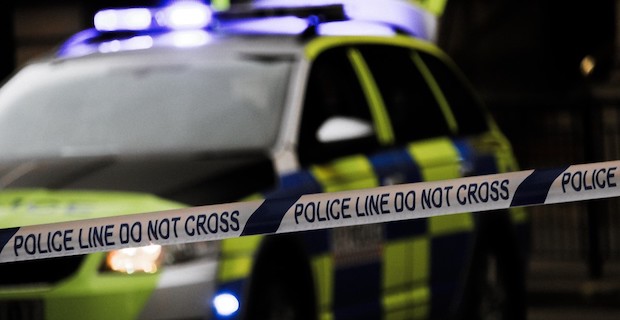 Police announced early Monday that they have arrested a man on suspicion of attempted murder in connection with a weekend drive-by shooting at a funeral in north London that left six people wounded.

Detectives investigating the shooting outside St. Aloysius Church in Euston arrested the 22-year-old man, the Metropolitan Police said in a statement.

"The man was arrested after a car was stopped in Cricklewood Lane, Barnet shortly before 4 p.m. on Sunday, 15 January. He has been taken into custody," it added.

The incident took place at 1.29 p.m. local time in the vicinity of St. Aloysius Church on Phoenix Road, where a funeral was taking place.

Three women -- aged 48, 54 and 41 -- were taken to a central hospital, where their injuries were assessed as non-life threatening.

A seven-year-old girl remains in the hospital with life-threatening injuries. A 12-year-old girl with a minor leg injury was discharged.

A 21-year-old woman was also taken to a central London hospital and her condition has been assessed as non-life-threatening.

"Any shooting incident is unacceptable, but for multiple people, including two children, to be injured in a shooting in the middle of a Saturday afternoon is shocking," Police Superintendent Ed Wells said Saturday.

Keywords:
PoliceShootingLondonUK
Your comment has been forwarded to the administrator for approval.×
Warning! Will constitute a criminal offense, illegal, threatening, offensive, insulting and swearing, derogatory, defamatory, vulgar, pornographic, indecent, personality rights, damaging or similar nature in the nature of all kinds of financial content, legal, criminal and administrative responsibility for the content of the sender member / members are belong.
Related News