The impact of Wednesday's ambulance strike in England and Wales is likely to be worse than that of the one before Christmas, NHS managers are warning. 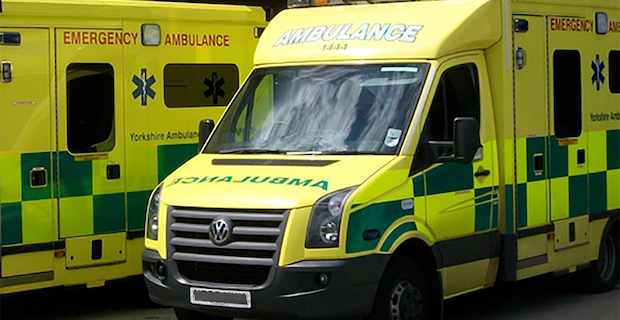 Thousands of paramedics and support staff will walk out for the second time this winter, in the dispute over pay. NHS Providers said this strike would be harder to cope with, as the government raised fears over the lack of a national deal on emergency cover. But union leaders said life-and-limb cover would be provided. Under trade-union laws life-preserving care must continue. But there is no formal agreement of what that involves and so it has been left to local services to agree their own arrangements with the unions involved, the GMB and Unison.

The highest-category calls, for immediately life-threatening emergencies such as cardiac arrests, will be covered - but not every emergency in the next category down, which includes heart attacks and strokes, will be provided for. Government sources involved in contingency planning said the lack of agreement over emergency calls was a concern. They said this could be covered by the minimum-service legislation ministers are considering introducing.

But union leaders said detailed plans were in place to ensure lives were not put at risk, including exemptions for some union members expected to work during the walkout. Services will also bring in other NHS staff, alongside the military, to provide support. London Ambulance Service has confirmed it aims to get to all heart attacks and strokes. Unison general secretary Christina McAnea said: "Last time, staff didn't hesitate to leave picket lines when someone's life was in danger.

"After a decade of refusing to bring in minimum staffing levels, it's ironic that the government is only prepared to do so during a strike. "Every other day of the year, ambulance crews are stuck queuing for hours outside A&E departments and hospital staff are rushed off their feet. But the government isn't interested in minimum staffing levels then."

Miriam Deakin, of NHS Providers, said her members were worried because Unison was telling call handlers and ambulance dispatchers, who remained in work during the previous strike, to walk out also.

"With more staff expected to strike this time, the NHS is in an even more precarious position," she said. "Since the last strikes, delays transferring patients from ambulances to hospitals have got worse, as pressure across the whole of the NHS increases. "Trust leaders are working hard to minimise the impact on patients and to support staff during the industrial action - but they are braced for another day of significant disruption and knock-on effects."

Keywords:
NHSStrike
Your comment has been forwarded to the administrator for approval.×
Warning! Will constitute a criminal offense, illegal, threatening, offensive, insulting and swearing, derogatory, defamatory, vulgar, pornographic, indecent, personality rights, damaging or similar nature in the nature of all kinds of financial content, legal, criminal and administrative responsibility for the content of the sender member / members are belong.
Related News