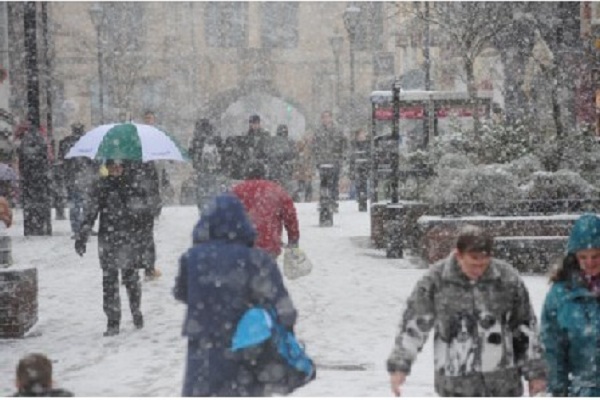 Turkish Airlines reported 399 domestic and international flights from Ataturk and Sabiha Gokcen airports had been cancelled for two days due to severe conditions.

The provincial governor’s office announced school closures and advised people to use public transport instead of cars.

Snow was 20 centimeters (8 inches) deep in Tuzla on the Asian side of the city.

The snow is expected to continue falling until Tuesday night, according to Turkey’s General Directorate of Meteorology.