Proposals to enhance Enfield’s character and green spaces while also making it a place of growing opportunities for future generations are being put forward by Enfield Council. 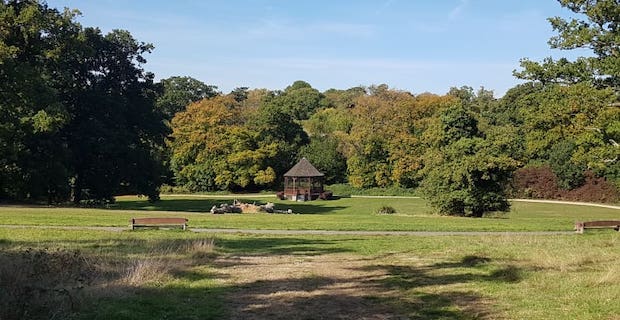 The proposed new Draft Local Plan 2039 will be presented to Full Council on 9 June for approval to launch a borough-wide consultation.  It is designed to help realise Enfield’s vision to become the green heart of London by setting out a framework to increase bio-diversity, access to green spaces throughout the borough and further investment in our current parks.

Together with the Green and Blue Strategy, which was adopted at the AGM on 19 May, Enfield’s Draft Local Plan will complement the Mayor of London’s vision for a National Park City across London.

It proposes to make our wonderful green spaces even more accessible to residents – through connecting channels and driving investment to improve biodiversity both in the green belt and in our town centres.

It also looks at ways we can help communities thrive by meeting residents’ employment and housing needs in well-designed neighbourhoods with genuinely affordable housing.

Enfield Council’s Leader, Cllr Nesil Caliskan, said: “Enfield is one of the most unique boroughs in the whole of London. Its mix of green open spaces and waterways rub shoulders with the urban fabric of the borough.

"It is a growing borough and our residents face a housing affordability crisis.  To support our economy and provide more homes we need to make difficult choices about where growth can be placed.

"But to complement this we are enhancing the natural landscape in the borough, improving its biodiversity through rewilding, planting over half a million new trees and ‘greening’ our streets through initiatives like green roofs and walls.

“The Draft Local plan also guards against the development of inappropriate skyscrapers as well as looking at options for providing more affordable family homes – which we know our residents want and need.

“Meanwhile government planning changes threaten our wider greenbelt and our ability to control how new developments in Enfield are designed and shaped.

“Ultimately, we need a place that is more equal for all, delivering more housing and better and fairer outcomes across the board.”

A six-week consultation is expected to launch towards the end of June. It will ask for thoughts on key areas including how the Draft Local Plan can reflect the aspirations and choices of Enfield’s communities. The consultation will be hosted on the Let’s Talk platform which can be found at https://letstalk.enfield.gov.uk/.

Some of the key commitments proposed for Enfield to 2039 are to:

• Become the workshop of London

• Be a nurturing place with healthy communities, beautiful places and excellent leisure and educational facilities

• Expansion of the borough’s cycle and pedestrian network

After consultation, the Draft Local Plan will be refined and brought back to full Council before being submitted to a Planning Inspector.

To make sure you can be involved, sign up to Enfield Council’s digital newsletters at www.enfield.gov.uk/enewsletters . As well as residents, Enfield Council will want to hear from community groups, charities, the voluntary sector, young adults and those who work in Enfield.

Keywords:
Cllr Nesil CaliskanEnfield
Your comment has been forwarded to the administrator for approval.×
Warning! Will constitute a criminal offense, illegal, threatening, offensive, insulting and swearing, derogatory, defamatory, vulgar, pornographic, indecent, personality rights, damaging or similar nature in the nature of all kinds of financial content, legal, criminal and administrative responsibility for the content of the sender member / members are belong.
Related News