Coronavirus tests to be offered twice-weekly to all in England

Everyone in England is to be given access to two rapid coronavirus tests a week from Friday, under an extension of the government's testing programme. 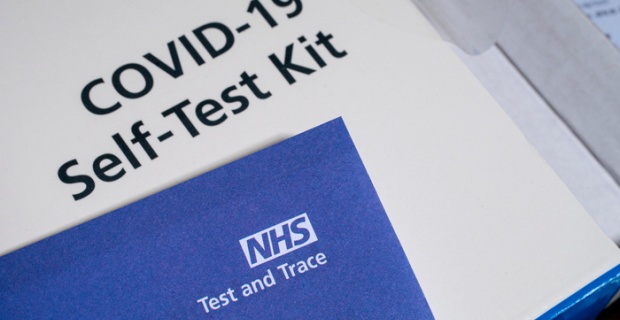 Everyone in England is to be given access to two rapid coronavirus tests a week from Friday, under an extension of the government's testing programme. The lateral flow kits, which can provide results in around 30 minutes, will be available for free at testing sites, pharmacies and through the post.  The health secretary said it would help squash any outbreaks as lockdown eases.  But critics of the programme say it risks becoming a "scandalous" waste of money.

It comes as Boris Johnson is due to meet the cabinet to sign off the next stage of lockdown easing in England, which will see non-essential shops reopen and pubs and restaurants start serving outdoors from 12 April.

Later, the prime minister will hold a Downing Street briefing, where he is expected to confirm countries will be graded under a traffic light system when international leisure travel resumes.

He is also set to outline plans for coronavirus passports - recording whether people had been vaccinated, recently tested negative or had natural immunity - as a means of enabling mass-audience events to take place in the future.

However, dozens of MPs oppose the use of Covid passports and Mr Johnson faces the prospect of a rebellion among a number of senior Conservatives if he proceeds with them.

Lateral flow tests are already offered to school children and their families plus those who have to leave home for work.

The prime minister hailed the plan to offer everyone testing from 9 April, saying: "As we continue to make good progress on our vaccine programme and with our road map cautiously easing restrictions under way, regular rapid testing is even more important to make sure those efforts are not wasted."

Health minister Edward Argar told BBC Breakfast he expected the lateral flow tests to be used by those returning to work in the coming weeks as the "economy starts opening up again".

He said fewer than one in every 1,000 lateral flow tests gave a false positive result and refused to set an "arbitrary" date for when testing would end.

Mr Argar said the tests would be paid for as part of NHS Test and Trace's funding of £37bn over two years, with 80% of that expected to be used for testing. 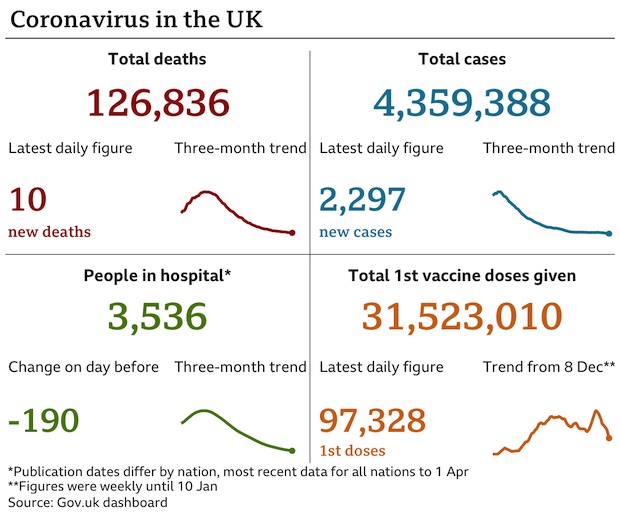 The rapid tests are aimed at those without any Covid symptoms and can be taken at home.  The government introduced lateral flow testing for secondary school children and staff earlier this year, under plans to reopen classes in England by March.

In February, the scheme was extended to the families of all school and college-age children in England.

Kits were also offered to those who cannot work from home in the pandemic, so they can be tested twice a week.

From 9 April, kits will be available through:

Anyone who tests positive using a lateral flow test will be expected to self-isolate along with their household. They can then order a second PCR Covid test, typically used for symptomatic cases, which will be sent off to a laboratory for analysis.

If the confirmatory test comes back negative, their quarantine period is considered over immediately and they can resume normal life.

Keywords:
Boris JohnsonNHSCoronavirusCoronavirus Test
Your comment has been forwarded to the administrator for approval.×
Warning! Will constitute a criminal offense, illegal, threatening, offensive, insulting and swearing, derogatory, defamatory, vulgar, pornographic, indecent, personality rights, damaging or similar nature in the nature of all kinds of financial content, legal, criminal and administrative responsibility for the content of the sender member / members are belong.
Related News