A 15-year-old boy has been arrested after a teenager was stabbed to death at a house in south London.

Police found a 16-year-old boy with stab wounds at a residential address on Bracken Avenue, Croydon, on Thursday. 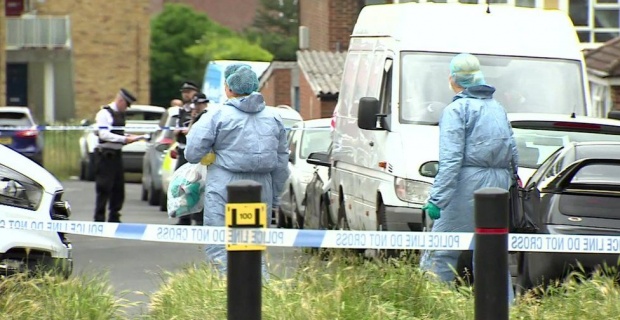 Despite treatment, the teenager was pronounced dead around 01:30 BST. Next of kin have been informed but formal identification has not taken place.The 15-year-old boy was arrested in Brighton on Friday, and is being held in East Sussex, the Met Police said.A post-mortem examination will be held in due course and the force is retaining an "open mind" as to the motive.Det Ch Insp Dave Blair, of the Met's Specialist Crime Command, said: "Despite this early arrest, we still want to hear from anyone who has information relating to this horrific incident."

Keywords:
South London.Stabbed To DeathTeenager Was Stabbed
Your comment has been forwarded to the administrator for approval.×
Warning! Will constitute a criminal offense, illegal, threatening, offensive, insulting and swearing, derogatory, defamatory, vulgar, pornographic, indecent, personality rights, damaging or similar nature in the nature of all kinds of financial content, legal, criminal and administrative responsibility for the content of the sender member / members are belong.
Related News