The researchers found that vitamin E delays progression of functional decline by 19 percent per year, which translates into 6. 2-month benefit over placebo. 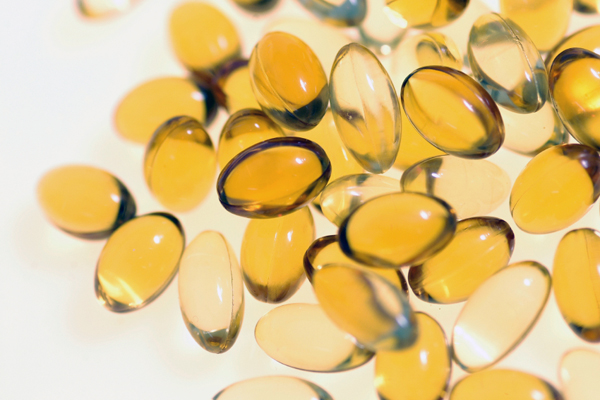 Previous research has found that alpha tocopherol, a fat- soluble vitamin E and antioxidant, slowed disease progression in patients with moderately severe Alzheimer's disease. Researchers from Minneapolis VA Health Care System and Icahn School of Medicine at Mount Sinai examined the effectiveness and safety of vitamin E, the drug called memantine, and the combination for treatment of functional decline in patients with mild to moderate AD. These patients were also taking anti-dementia drugs known as acetylcholinesterase inhibitors. The trial included 613 patients at 14 Veterans Affairs medical centers. Participants received either a daily 2,000 IUs of vitamin E (2g), a daily 20 mg of memantine, the combination, or placebo. The researchers found that vitamin E delays progression of functional decline by 19 percent per year, which translates into 6. 2-month benefit over placebo. Neither memantine nor the combination of vitamin E and memantine showed clinical benefit in this trial.

In addition, caregiver time was reduced by about 2 hours per day in the vitamin E group.

The researchers found no significant increase in mortality with vitamin E. The annual mortality rate was 7.3 percent in the alpha tocopherol group compared with 9.4 percent for the placebo group.

The findings are valuable because vitamin E is easy to purchase at local drugstores and it is also inexpensive, said the researchers, while recommending it as a treatment strategy, based on the randomized controlled trial.

"This study is the first to show an added benefit for vitamin E in mild-to-moderate disease," Professor Kenneth Davis, chief executive officer and President of the Mount Sinai Health System, said in a statement. "Now that we have a strong clinical trial showing that vitamin E slows functional decline and reduces the burdens on caregivers, vitamin E should be offered to patients with mild-to-moderate Alzheimer's disease."