'UK may have highest vaccine positivity rate in world'

Rate of vaccinations continues to rise with over 34% of population now inoculated against virus, says British minister 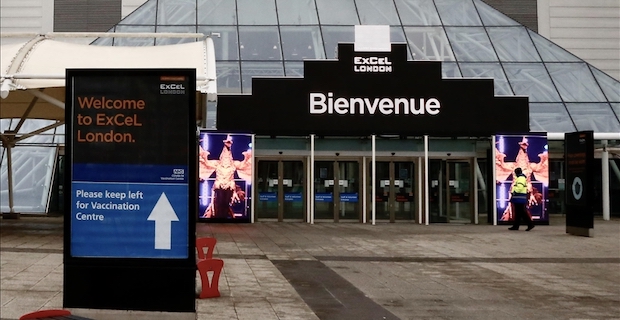 The UK may have the highest rate of vaccine positivity in the world, according to the vaccine deployment minister on Wednesday.

Providing evidence to the Women and Equalities Committee, Nadhim Zahawi said the vast majority of the UK population are in support of getting inoculated against the coronavirus.

“When I took this job on back in mid-November, I think if you look at the ONS data or other published polls, vaccine positivity was in the high 70s, touching 80%,” Zahawi said, adding: “It’s now at 94% of the UK adult population saying that they are likely or very likely to take the vaccine.”

“I think that is, for your committee, the best measure that the strategy is working, watching that number continue to climb -- the highest probably in the world, I think, if I’m not mistaken, in terms of vaccine positivity,” the minister said.

According to the Organization for National Statistics (ONS), positive vaccine sentiment in the UK has increased from 78% in December 2020 to 94% in February. Some 91% of adults reported that positive attitude towards the vaccine with only 9% showing hesitancy.

"Over the past three months, we've seen people become increasingly positive about the COVID-19 vaccines, with over nine in ten adults saying they would have it if offered, or having already had it,” said Tim Vizard, the public policy analyst for the ONS.

“Of those who are hesitant about receiving the vaccine, it’s younger and black adults who are most likely to say this, with concerns around side effects, long term effects and how well the vaccine works being the most common reasons," Vizard added.

On Wednesday, 5,926 people had a confirmed positive test of the virus raising this week’s total to 40,141. This represents a 20.1% decrease in comparison to the last seven days.

The latest R range for the UK stands at 0.7-0.9, with the current growth rate between minus 5% and minus 3% per day. The R number is a mechanism used to rate the virus’s ability to spread, with R being the number of people that one infected person will pass the virus on to.

Keywords:
VaccineCOVID-19 VaccineVaccine Positivity
Your comment has been forwarded to the administrator for approval.×
Warning! Will constitute a criminal offense, illegal, threatening, offensive, insulting and swearing, derogatory, defamatory, vulgar, pornographic, indecent, personality rights, damaging or similar nature in the nature of all kinds of financial content, legal, criminal and administrative responsibility for the content of the sender member / members are belong.
Related News