Travel and mask rules tightened over Omicron variant in England

Face coverings will become mandatory again in shops and on public transport in England from next week under a raft of measures to target the new Covid variant, Omicron, the PM has said. 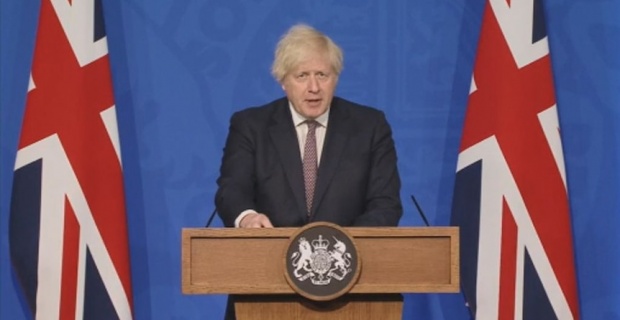 PCR tests for everyone entering the UK will be introduced and all contacts of new variant cases will have to self-isolate, even if fully jabbed.  But Boris Johnson said Christmas would be "considerably better" than in 2020.

The measures were "temporary and precautionary", he added.

Mr Johnson announced the restrictions at a Downing Street news conference after it was confirmed that two Omicron cases had been detected in Brentwood, Essex, and Nottingham. Officials said the cases were linked and connected to travel in southern Africa.

The new variant was first reported from South Africa on Wednesday, with early evidence suggesting it has a higher re-infection risk.

Mr Johnson said: "Our scientists are learning more hour by hour, and it does appear that Omicron spreads very rapidly and can be spread between people who are double vaccinated."

He added: "We need to slow down the spread of this variant here in the UK, because measures at the border can only ever minimise and delay the arrival of a new variant rather than stop it all together."

The prime minister said the new measures would be reviewed in three weeks, by which time they should have better information about the "continuing effectiveness" of vaccines.

The prime minister said the "tightening up" of the mask rules will be outlined by Health Secretary Sajid Javid "in the next day or so". He did not indicate when PCR tests would begin and in a press release the Department of Health only said it was among the measures being "introduced from next week".

Keywords:
COVIDOmicronBoris JohnsonEnglandPCR Test
Your comment has been forwarded to the administrator for approval.×
Warning! Will constitute a criminal offense, illegal, threatening, offensive, insulting and swearing, derogatory, defamatory, vulgar, pornographic, indecent, personality rights, damaging or similar nature in the nature of all kinds of financial content, legal, criminal and administrative responsibility for the content of the sender member / members are belong.
Related News