A 36-year-old man from the city of Zaozhuang in Shandong was being treated in hospital, while two more people were infected in eastern Zhejiang province 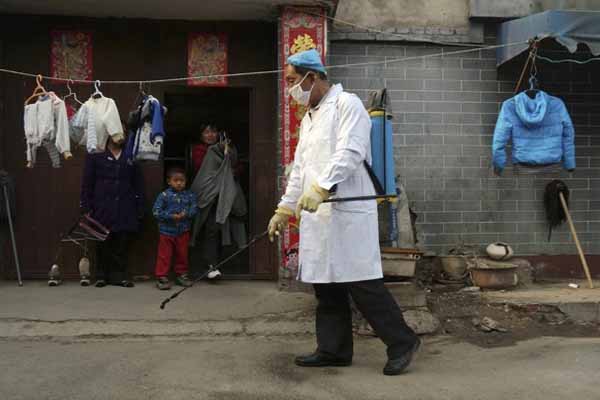 A man in the northeastern Chinese province of Shandong has been infected by a new strain of bird flu, the first case found in the province, state news agency Xinhua said on Monday, bringing the total number of infected victims in China to 105. The H7N9 virus has killed 20 people in China. But it is not clear how people are becoming infected and the World Health Organization (WHO) says there is no evidence of the most worrying scenario - sustained transmission between people. A 36-year-old man from the city of Zaozhuang in Shandong was being treated in hospital, while two more people were infected in eastern Zhejiang province, Xinhua said. A total of nine people in close contact with the victim in Shandong were under observation but had shown no signs of infection, Xinhua said. An international team of experts led by the WHO carried out field investigations into Shanghai's response to the virus, said Keiji Fukuda, WHO's assistant director-general for health, security and the environment. Many of the cases had occurred in the commercial capital of Shanghai. "Right now we are in the middle of our work. We have not come up with any final conclusions, and I think it is too early to say," Fukuda told reporters.

The WHO's China representative, Michael O'Leary, issued data on Friday showing that half of the patients analysed had no known contact with poultry, the most obvious potential source, but he said it appeared human-to-human transmission was rare.

Some bird samples have tested positive and China has culled thousands of birds and shut down some live poultry markets.