The new figures were obtained by Labour’s London Assembly Housing Spokesperson Sem Moema AM, though a written question to the Mayor of London Sadiq Khan. 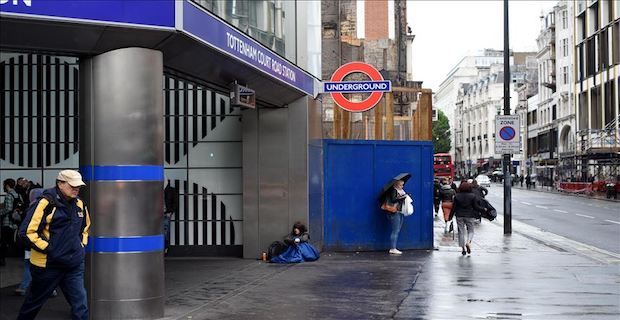 AVRUPA TIMES/LONDON-More than 1,200 homes are being built by City Hall for London’s rough sleepers. The new figures were obtained by Labour’s London Assembly Housing Spokesperson Sem Moema AM, though a written question to the Mayor of London Sadiq Khan. Ms Moema welcomed the “committed and sustained” efforts to end long-term homelessness in the capital and called on the Government to work with London to “help rough sleepers get off the streets for good”. City Hall services have worked with councils and charities to help 12,000 homeless people into safe, longer-term accommodation since 2016. The Mayor’s Rough Sleeping Accommodation and Move On programmes have provided more than £190 million in funding to supply both homes and much-needed support for former rough sleepers. As of 10th June, work on more than 1,200 homes has started. There has been an encouraging fall in the number of rough sleepers in London. Data from the City Hall-commissioned Combined Homelessness and Information Network (CHAIN) found that 8,329 people were seen sleeping rough by outreach workers in London during 2021/22, a 24% decrease compared to the total of 11,018 people seen in 2020/21. The Mayor’s In For Good principle requires that no rough sleeper placed emergency accommodation is asked to leave without an offer of support to end their rough sleeping. City Hall has secured nearly £50m in Government funding to support London’s rough sleepers in 2022 and 2023 and boosted its own budget for rough sleeping services from £8.45m a year when the Mayor was elected, to around £12m a year. At the start of the pandemic, backed by Government funding, City Hall, working alongside local authorities and charities, helped over 2,500 rough sleepers into safe accommodation through the Everyone In scheme. Around, 80% of those helped through the scheme were moved into longer-term accommodation. The scheme also permitted local authorities toprovide rough sleeping services to those on No Recourse to Public Funds (NRPF). In February Ms Moema wrote to the Minister for Rough Sleeping and Housing, Eddie Hughes MP, to ask him to outline how the Government will work with City Hall and local authorities, to get rough sleepers off the streets after the Everyone In campaign was wound down. He didn’t respond.

“Despite committed and sustained efforts by City Hall, councils and charities across the capital there are still too many vulnerable people on our streets. “One person sleeping rough is one too many. The Government must step up, right now, to tackle spiralling cost of living crisis that is pushing more Londoners towards poverty and the threat of homelessness. “Ministers must also fund the vital services that support people sleeping rough, reform the private rented sector, invest in more genuinely affordable homes and new social and council homes for rent. “We need an effective cross-Government approach to help rough sleepers get off the streets for good, a reply to my letter from the Minister for Rough Sleeping and Housing would be a good start.”

Keywords:
City HallLondons Rough SleepersLondonsRough SleepersLabours London AssemblySem Moema AM
Your comment has been forwarded to the administrator for approval.×
Warning! Will constitute a criminal offense, illegal, threatening, offensive, insulting and swearing, derogatory, defamatory, vulgar, pornographic, indecent, personality rights, damaging or similar nature in the nature of all kinds of financial content, legal, criminal and administrative responsibility for the content of the sender member / members are belong.
Related News