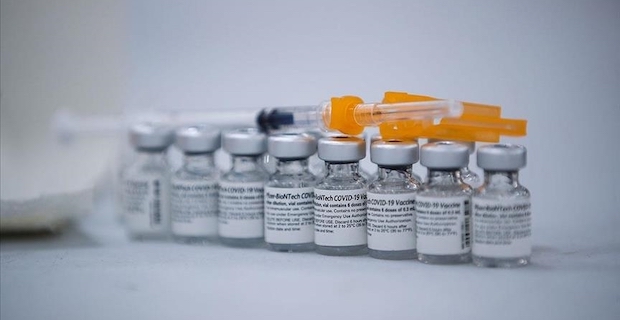 The European Union fully vaccinated 70% of its adult population, the bloc’s top official announced on Tuesday. “70% of adults in the European Union are now fully vaccinated, and that is more than 250 million people who are immunized”, European Commission President Ursula von der Leyen announced in a video statement. Von der Leyen called the milestone a “great achievement,” but she warned to be vigilant since the “pandemic is not over.”

“We need many more Europeans to get vaccinated rapidly to avoid a new wave of infections and to stop the emergence of new variants”, she stressed, calling everyone to get their jabs.

In March, the EU executive body set an objective to vaccinate 70% of the adult population -- a minimum to reach herd immunity -- by the end of summer.

By end-July, 70% of the adult population received at least one shot.

EU countries were provided with vaccines as part of the bloc’s advanced purchase agreements with six vaccine producers -- Pfizer/BioNTech, Moderna, AstraZeneca, CureVac, Johnson&Johnson, and Sanofi/GlaxoSmithKline -- to buy about 2.6 billion doses.

In addition, the European Commission earlier agreed with Pfizer/BioNTech to purchase another 1.8 billion doses for 2022 and 2023.

Keywords:
European CommissionCOVID-19CoronavirusEUEuropean Union
Your comment has been forwarded to the administrator for approval.×
Warning! Will constitute a criminal offense, illegal, threatening, offensive, insulting and swearing, derogatory, defamatory, vulgar, pornographic, indecent, personality rights, damaging or similar nature in the nature of all kinds of financial content, legal, criminal and administrative responsibility for the content of the sender member / members are belong.
Related News