31 more people die in past 24 hours in China, while 139 new cases reported 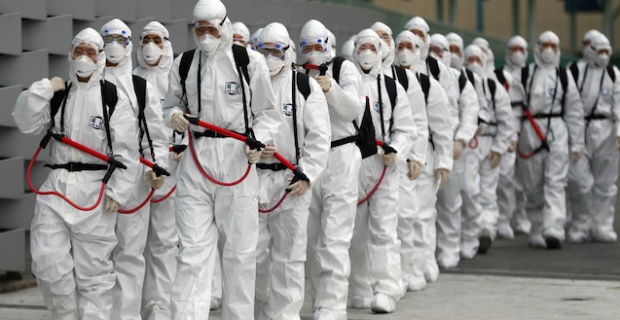 The death toll from the novel coronavirus outbreak in China rose to 3,014 Thursday, according to the National Health Commission. The commission said 31 more people died in the last 24 hours while 139 new cases were detected by authorities, with the total number of confirmed cases reaching 80,270. The deaths occurred in the epicenter of the outbreak, Hubei province. At least 32,870 people are currently under medical care, while the number of discharged patients totals 52,045. It was announced that 16 makeshift hospitals established in Hubei province due to insufficient capacity will be gradually closed.

The death toll in Australia rose to two after a 95-year-old woman in New South Wales and a 78-year-old man in the city of Perth lost their lives, the country's health minister announced.

The latest data showed that the number of total COVID-19 cases increased to 51, with 22 being in New South Wales.

The Republic of Congo also announced that it would quarantine all passengers from France, Italy, China, South Korea and Iran as part of the fight against coronavirus.

Some 15 Italian tourists who did not agree to stay in quarantine in Mauritania were returned to their country.

The local media reported that Mauritanian officials said the Italian tourists coming to the capital Nouakchott would be quarantined for two weeks under precautionary measures that have been in force since February.

First detected in Wuhan, China in December, the virus has spread to at least 80 countries.

As part of efforts to contain the outbreak, governments have closed borders and suspended land and air travel with the worst-affected countries such as China, Iran and Italy.