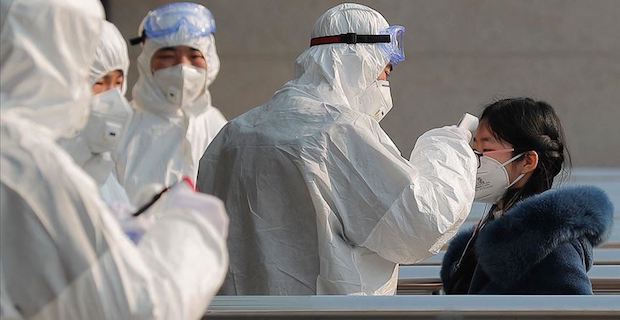 The death toll in China from the novel coronavirus outbreak has risen to 1,017, the country’s National Health Commission (NHC) said Tuesday. Authorities said 42,638 confirmed cases have been reported while in the last 24 hours, 108 people have died and more than 7,333 new cases have been detected. The number of people under medical observation has risen to 187,728 while the number of those thought to be infected decreased to 21,675. The number of those detected with the virus outside China's mainland has reached 42 in Hong Kong and remains at 10 in Macau. Both are special administrative regions.

The virus has spread to more than 20 other countries including the U.S., the U.K., Singapore, France, Russia, Spain and India.

Keywords:
ChinaCoronavirusCoronavirus Outbreak
Your comment has been forwarded to the administrator for approval.×
Warning! Will constitute a criminal offense, illegal, threatening, offensive, insulting and swearing, derogatory, defamatory, vulgar, pornographic, indecent, personality rights, damaging or similar nature in the nature of all kinds of financial content, legal, criminal and administrative responsibility for the content of the sender member / members are belong.
Related News