Death toll in South Korea now at 132, less than 5,000 patients under treatment 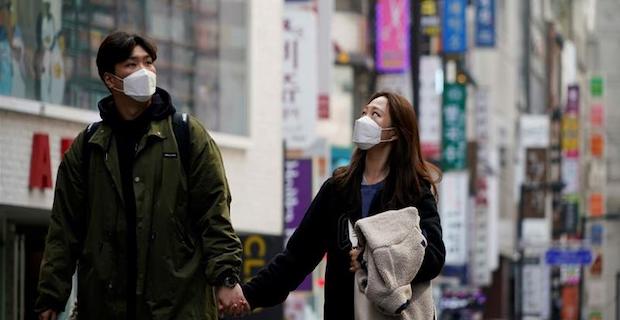 The recovery rate for coronavirus patients in South Korea is over 44%, local media reported Thursday.  According to daily Korea Herald, 4,144 COVID-19 patients -- 44.8% of South Korea’s total 9,421 cases -- have "made full recoveries" since the country reported its first case on Jan. 20.  The number of cases reached 9,421 after 104 more were confirmed by the Korea Centers for Disease Control and Prevention on Wednesday, along with six fatalities that raised the death toll to 132, Yonhap News Agency reported.  This was the 15th consecutive day that South Korea reported 100 or less cases.

A total of 4,966 patients remain under treatment, 56 of them in critical condition, while 414 were discharged from hospitals on Thursday.  Both reports noted a rise in imported cases in South Korea, with the Korea Herald saying 86 of this week’s new cases were from Europe, 45 from the U.S., and eight from Asia.  The report said 284 of South Korea’s total number of cases were people who had come from abroad.  The government will start imposing 14-day mandatory self-quarantine for arrivals from the U.S. starting Friday.  A total of 364,942 people have been tested for the coronavirus in South Korea since Jan. 20, with 341,332 testing negative and 14,369 are awaiting test results, according to the Korea Herald.  After first appearing in Wuhan, China, last December, the novel coronavirus has spread to at least 175 countries and territories, according to data compiled by the U.S.-based Johns Hopkins University.  The data shows more than 472,700 cases have been reported worldwide since last December, with the death toll above 21,300 and over 115,000 successful recoveries.

Keywords:
RecoverySouth KoreaCOVID-19
Your comment has been forwarded to the administrator for approval.×
Warning! Will constitute a criminal offense, illegal, threatening, offensive, insulting and swearing, derogatory, defamatory, vulgar, pornographic, indecent, personality rights, damaging or similar nature in the nature of all kinds of financial content, legal, criminal and administrative responsibility for the content of the sender member / members are belong.
Related News