A new Covid treatment has been approved for use in the UK.

Dr Samantha Atkinson, from the UK's Medicines and Healthcare products Regulatory Agency, said, We are satisfied that this treatment is safe and effective." 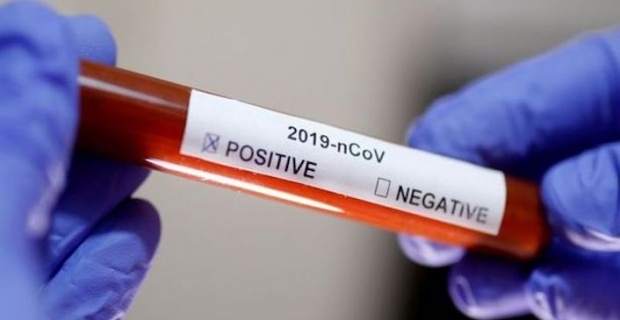 The regulator said the drug Ronapreve had been shown to prevent infection and reduce the need for hospital treatment.It was famously used as part of the suite of experimental medicines given to US President Donald Trump last year.However, it is very expensive and likely to be reserved for those at greatest risk of becoming severely ill.The antibody therapy attacks the virus, unlike other Covid treatments such as the steroid dexamethasone that calm the body's overactive immune system.

There had been concern the idea was a dud after trials failed when antibodies were taken from patients who had recovered from Covid.

However, the companies Regeneron and Roche tested monoclonal antibodies in the laboratory to find the two that were best able to stick to the virus.This has proved far more effective, and the therapy continues to work against new variants.The antibodies attach to the spike protein - the key the virus uses to unlock the doorway into our body's cells - on the surface of the coronavirus. This stops them infecting other cells to replicate and gives the body's own immune system more time to mount a response to the virus.

Dr Samantha Atkinson, from the UK's Medicines and Healthcare products Regulatory Agency, said: "We are satisfied that this treatment is safe and effective."

It is expected to be used by the NHS soon. However, the drug is expensive and Covid is still common so it is unclear who will get it.The latest figures from the Office for National Statistics suggests around one in 85 people in the UK are still testing positive. And the R number - the average number of people each infected person passes the virus onto - is between 0.9 and 1.2.The drug costs between £1,000 to £2,000 for one course of treatment. All monoclonal antibodies - which are tiny pieces of biology, unlike the chemical drugs you buy in the pharmacy, are challenging and therefore expensive to make.

So it is still uncertain whether the antibody therapy will be offered to everyone, or reserved for those most likely to become severely ill due to a weak immune system.

Penny Ward, a professor in pharmaceutical medicine at King's College London, said it was "most likely" the treatment would be targeted at the most vulnerable.And she said it could also used in people who may not respond to the vaccine, for example people being treated for cancer or after a transplant, if they are a close contact of someone infected.

Prof Martin Landray, who led trials of the therapy in hospitals, from the University of Oxford, said: "It would be hard to justify giving what are likely to be limited supplies of a relatively expensive treatment to huge numbers of people who are likely to get better on their own."

Health Secretary Sajid Javid said: "This is fantastic news... this treatment will be a significant addition to our armoury."

Meanwhile, AstraZeneca has announced its antibody therapy cuts the risk of developing Covid symptoms by 77%.It is given by injection and could give up to 12 months of protection.Prof Myron Levin, who led the trial at the University of Colorado, said the results were "exciting" and could be "an important tool in our arsenal to help people who may need more than a vaccine to return to their normal lives".

Keywords:
Coronavirus PandemicCovid-antibodyAntibodies Attacking Virus
Your comment has been forwarded to the administrator for approval.×
Warning! Will constitute a criminal offense, illegal, threatening, offensive, insulting and swearing, derogatory, defamatory, vulgar, pornographic, indecent, personality rights, damaging or similar nature in the nature of all kinds of financial content, legal, criminal and administrative responsibility for the content of the sender member / members are belong.
Related News