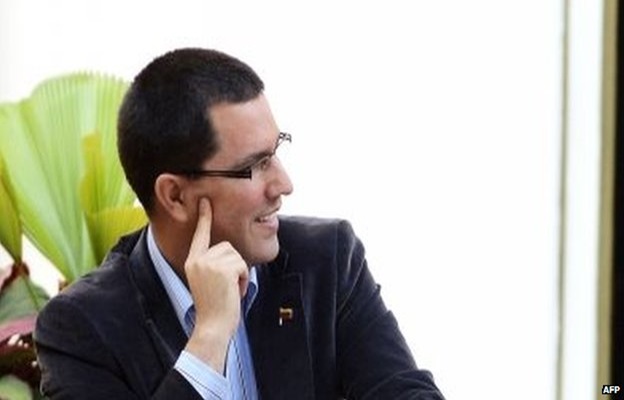 Government and opposition representatives met for a second time on Tuesday to try to put an end to two months of anti-government protests. Following the meeting, Ramon Aveledo of the opposition MUD coalition said his proposal for an amnesty law had been rejected. More than 40 people have died in recent protest-related violence.

Hundreds of people have been detained since the protests began in early February. The majority have since been released but a number of high-profile opposition politicians are still in detention. Among those still in jail are Popular Will party leader Leopoldo Lopez, who has been charged with inciting violence, and the mayors of the cities of San Cristobal and San Diego, Daniel Ceballos and Enzo Scarano. Mr Aveledo said the opposition would now "seek other ways" to address the problem of "political prisoners". 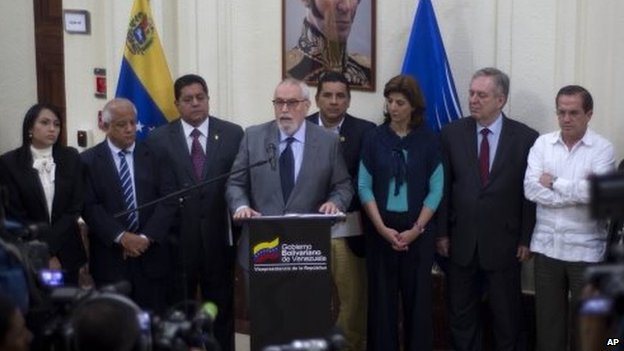 Vice-President Jorge Arreaza said progress had been made in the four-hour-long talks. He said both sides had agreed to respect the constitution and condemned any use of violence. The vice-president said the parties had decided to widen a truth commission investigating allegations of excessive use of force by both the security forces and protesters. Mr Aveledo welcomed the move, saying the commission would now have "wider representation, with personalities of national life, known personalities that are trustworthy to everyone".

Forty-one people, including members of the National Guard and demonstrators, have been killed in incidents linked to the protests. 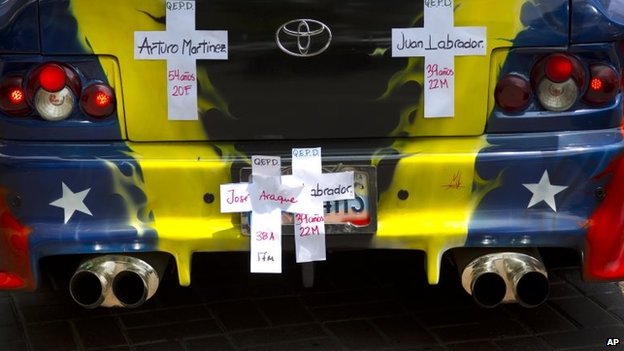 Last week, the chief of Venezuela's military strategic command, Gen Vladimir Padrino, said there had been "some excesses" committed by members of the National Guard.

He said there were 97 investigations into cases of alleged abuses. Tuesday's was the second in a series of meetings aimed at putting an end to two months of sometimes violent anti-government protests in Caracas and other major cities. The demonstrations started with students demanding action to tackle Venezuela's high crime rate, its growing inflation and shortages of certain food staples. They have since grown into a wider opposition movement and many of the protesters say they will not stop until the government of President Nicolas Maduro resigns. There have also been demonstrations in support of the government, with tens of thousands of people clad in red, the colour associated with the Bolivarian revolution, taking to the streets. 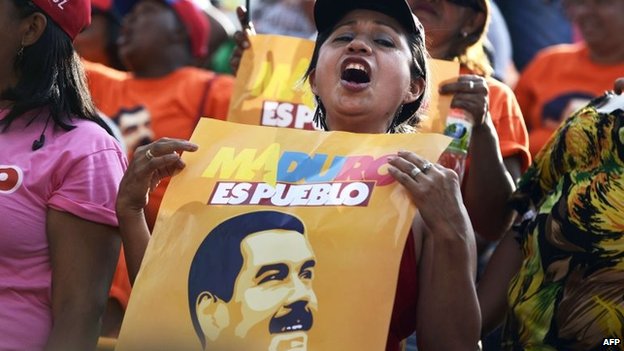 Supporters of President Nicolas Maduro have marched to show their backing of the government
Your comment has been forwarded to the administrator for approval.×
Warning! Will constitute a criminal offense, illegal, threatening, offensive, insulting and swearing, derogatory, defamatory, vulgar, pornographic, indecent, personality rights, damaging or similar nature in the nature of all kinds of financial content, legal, criminal and administrative responsibility for the content of the sender member / members are belong.
Related News