United Nations Security Council will on Saturday put to the vote a draft resolution on humanitarian aid to Syria, although it remains unclear whether Russia and China 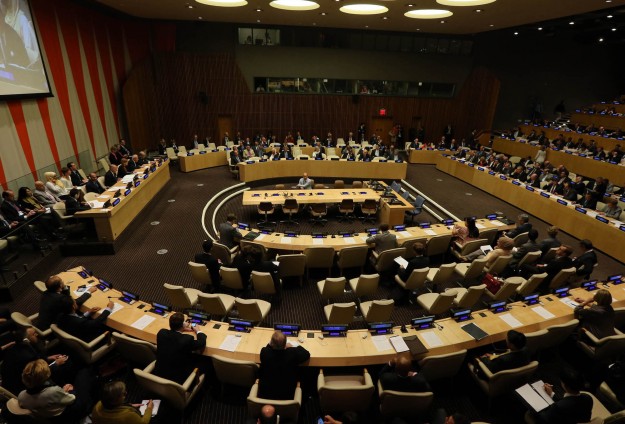 The resolution text - jointly penned by Australia, Jordan and Luxembourg - demands immediate aid access to the war-torn country, a lifting of the siege on populated areas, an end to the regime's shelling and aerial bombardment, and the demilitarization of schools and hospitals. To be approved, the resolution must have nine "yes" votes out of 15, and no "no" votes from any of the five permanent members - the US, Russia, China, France and the UK. Russia and China have vetoed three previous resolutions on Syria and their consent is considered key to U.N. action. U.N. Secretary General Ban Ki-moon expressed disappointment Thursday at the failure of the Geneva peace talks to reach a political solution to the conflict, and urged the international community to provide humanitarian assistance. According to the UK-based Syrian Observatory for Human Rights, more than 136,000 people have been killed since the beginning of the conflict in March 2011.