Turkish troops near Syrian border are on high alert

military equipment will be delivered and personnel will appear on this territory. 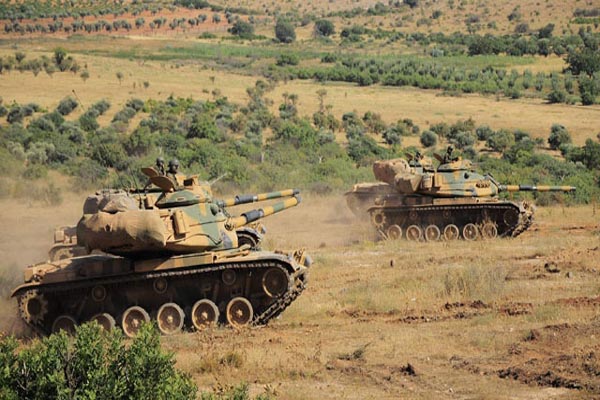 Turkish troops near the Syrian border are on high alert, Zaman newspaper reported today. According to the newspaper, if a military operation begins in Syria, the first missile strikes on this country's territory will be made by the launchers located in Kyrykhan area of the Turkish province of Hatay. Moreover, the servicemen are intensively trained near the Syrian border. The military equipment will be delivered and personnel will appear on this territory. Some Western countries, as well as Turkey have already supported intervention in Syria following another escalation of the situation there. On August 21, Media outlets reported on a large-scale deployment of chemical weapons near Damascus by Syrian Government Troops. Over 600 people were the victims of the attack.

Earlier, the US president declared that the use of chemical weapon is a "red line" for the Assad regime. Media outlets reported on the preparation of the Navy and Air Force of these countries to begin intervention.

The clashes between the government forces and armed opposition have been continuing in Syria for over two years. According to UN statistics, the total number of victims of the conflict in Syria is more than 100,000 people. The Syrian authorities say that they are opposed by well-armed militants.