DOLLAR 16,73
EURO 17,71
GOLD 988,53
BIST 2.519,38
Enfield Summer Uni 2022 is back bigger and better
Turkish Republic of Northern Cyprus announced new measures for Covid 19...
TfL will begin fining motor vehicles caught driving in mandatory cycle...
Trains do not run across England over pay, planned job cuts as biggest...
A national scrappage scheme must be funded by Government
Passengers have been advised not to travel on trains unless necessary...
School Streets stay open to pedestrians, cyclists and residents of the...
Barking Riverside Extension to open this summer, ahead of schedule
UK manufacturing output falls for 3rd consecutive month in April
Japanese Tea Ceremony and Talk on Japanese Culture with London Yunus Emre

Reza Zarrab has no links with Iran, says Iranian MP 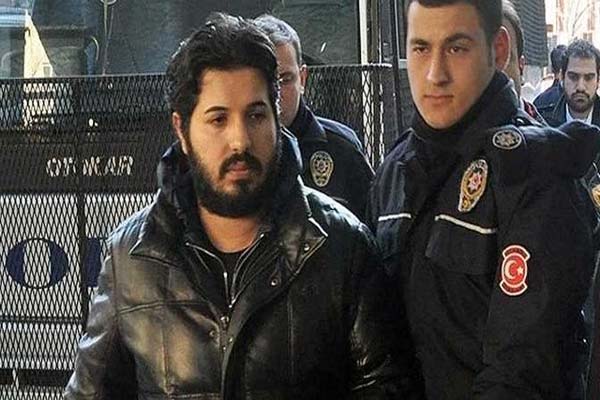 An Iranian businessman awaiting trial in Turkey on charges of bribing officials to cover up alleged illegal gold sales to Iran via Turkey, had no links with the Iranian state, the Turkey-Iran interparliamentary group president said Wednesday.

The anti corruption, bribery and money laundering operation, launched on December 17, resulted in the detentions and arrests of high-profile bureaucrats, sons of three former cabinet ministers and businessmen including Reza Zarrab.

Muayyed Husayni Sadr, the president of the Turkey-Iran inter parliamentary friendship group, told an Anadolu Agency correspondent that Iranian-born Zarrab was a businessman who operated in Turkey.

Sadr rejected the existence of any links between Zarrab and the Islamic Republic of Iran.

Zarrab is accused of establishing a circle of people who bribed officials to cover up alleged illegal gold sales to Iran via Turkey’s state-owned lender Halkbank.

The Turkish government claims it is targeted by a "parallel state" a 'state within the state' that has international links.

Prime Minister Erdogan and senior government officials have blamed the group for attempting to run an agenda of its own.