Martin Nesirky said Tuesday the second Geneva conference to find a solution to Syria crisis would not be organized soon. 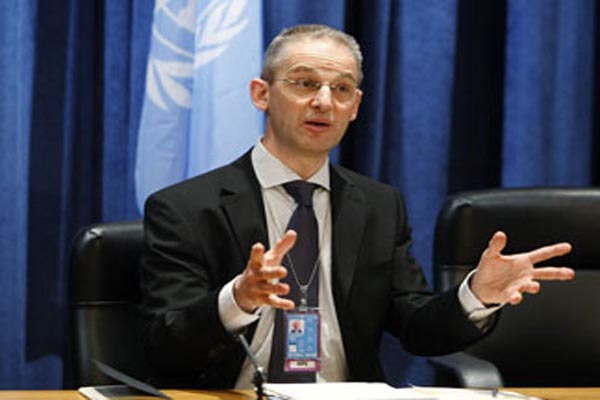 Asked about peace efforts concerning Syria at the daily press briefing, he said that Joint Special Representative Lakhdar Brahimi continues to work with the Russian Federation and the United States and the parties concerned to find a way forward. It is obvious that the conference would not be convened soon, Brahimi works hard to make it earlier, said Nesirky. Asked about the recent developments in Egypt, the Spokesperson said that the Secretary-General remains seriously concerned about the situation, including the violence on Monday night. Senior UN officials, in their contacts with the Egyptian authorities, have stressed the need for reconciliation and an inclusive approach. The conference was decided after US Secretary of State John Kerry and his Russian counterpart met on May 7, and on June 5 Brahimi had announced the conference to be held on July rather than June.