Fire breaks out at Istanbul's Sarıyer

A brief fire frightened locals in the Istanbul district of Sarıyer Sept.4 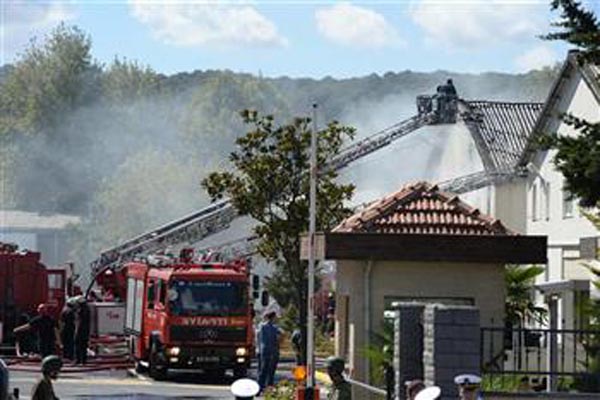 The fire originated in the regional headquarters of Marmara and Bosporus Coast Guard at around 13:45, after the sparking of the building’s electric circuit. The grey clouds rising from the building gave locals a fright, and rumors of an explosion surfaced before the authorities cleared up the reports. Istanbul Governor Hüseyin Mutlu tweeted that the flames had been brought under control shortly after, also confirming the origin and location of the fire. The building’s storage room, used for clothing and office supplies, was burned down in the blaze, according to reports.