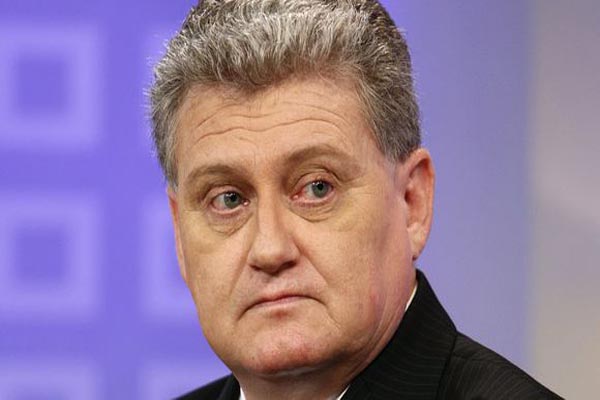 Attorney Bruce Fein said in a television appearance that he and Lon Snowden were skeptical about President Barack Obama's pledge to limit government surveillance programs, and they remain doubtful that young Snowden can receive a fair trial in the United States. "We have visas. We have a date, which we won't disclose right now because of the frenzy" over the affair, Fein told the ABC News program "This Week," on which they both appeared. They will travel to Russia "very soon," he said. "We intend to visit with Edward and suggest criminal defense attorneys who have got experience in Espionage Act prosecutions," Fein said.

Lon Snowden told a reporter outside his home in Lehigh County, Pennsylvania, that he "absolutely" had received his visa, but had not yet set a date for the trip to Russia to see his son.

The younger Snowden was stuck at a Moscow airport for more than five weeks before Russia granted him a year's asylum on Aug. 1.

Lon Snowden told Reuters in an interview on Wednesday that he has not spoken to his son since the former National Security Agency contractor left the United States for Hong Kong, just before news broke in June of the disclosures he made about the U.S. surveillance programs.

On Sunday, the elder Snowden criticized the Obama administration's handling of his son's case and dismissed the president's vow on Friday to improve oversight of surveillance, transparency and other efforts to restore public trust in the government's programs.

"I believe much of what he suggested is superficial," Lon Snowden said on ABC.

Snowden's father added that he is "not open" to a plea deal that would allow his 30-year-old son to return to the United States.

"The only deal will be true justice," he said, repeating his concern that his son won't be treated well because his right to a fair trial has been compromised by public criticism by U.S. officials.

"When you consider many of the statements made by our leaders, leaders in Congress, they are absolutely irresponsible and inconsistent with our system of justice," said Snowden.

"They have poisoned the well, so to speak, in terms of a potential jury pool," he said.

Washington's inability to persuade Russia to return Snowden to the United States has curdled U.S. relations with Russia. Obama canceled a planned summit in Moscow with President Vladimir Putin, although the two countries held high-level political and defense talks in Washington on Friday.

A senior U.S. lawmaker from Obama's Democratic Party told the ABC program that it seemed Washington was more interested than Putin in forging a productive relationship.

"It seems to me that as we've tried to restart this relationship several times, that maybe now is a moment to pause and think about how we're going to move forward with Russia," Senate Foreign Relations Committee Chairman Robert Menendez told ABC.