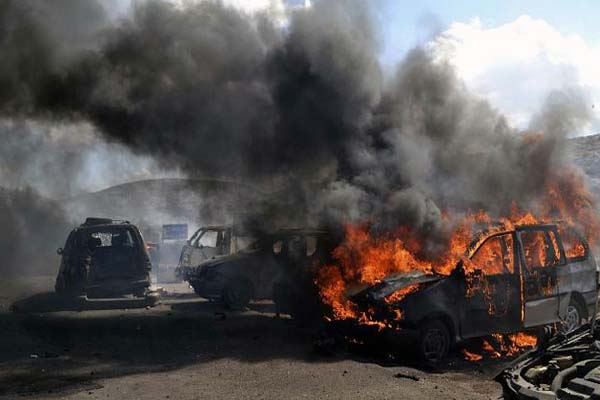 The explosion occurred at a roadblock manned by rebel brigades at the entrance of the rebel-held crossing, several hundred metres from the Turkish side, they added.

Pictures taken by activists on the scene showed several burnt and mangled cars and an engine block that apparently flew to the side of the road from the vehicle.

"The objective is to destabilise security at the crossing. The casualties are all civilians, from the people queuing to cross," said Omar Aref, one of the activists.

The explosion came a day after Turkey shot down a Syrian helicopter that had entered Turkish airspace.

The Syrian army said the shooting was "hasty" and accused the Turkish government, which backs the uprising against President Bashar al-Assad, of trying to escalate tensions along the border.