Cairo University's engineering faculty tendered their resignations on Wednesday amid ongoing student protests, according to a university statement. 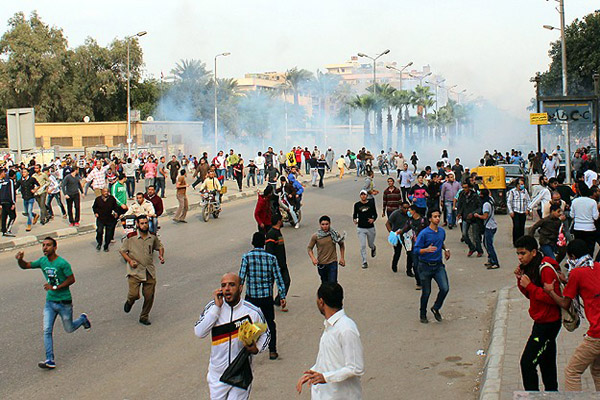 The statement said that Cairo University President Gaber Nassar had not yet approved the resignations, but had asked the disaffected faculty members – who include faculty dean Sherif Mourad – to remain at their posts.

Reda's death has since triggered unrelenting protests by his fellow students who demand that his killers be brought to justice.

On Wednesday, the last day of the fall semester, a group of Cairo University engineering students began a sit-in inside the engineering faculty.

Wednesday's statement by the university failed to give a reason for the mass resignation of faculty members. But according to sources close to Mourad, the move was prompted by the recent spate of student protests, along with Reda's untimely death.

Engineering students, for their part, accuse police of murdering their colleague. The Interior Ministry, which controls Egypt's sprawling police apparatus, denies the allegations.