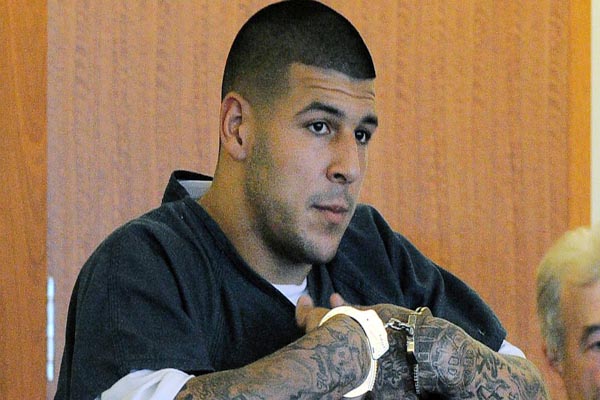 “There was an altercation between two inmates in our special management unit, and one of them was Aaron Hernandez,” said Bristol County Sheriff Thomas Hodgson. “It was stopped very quickly by my staff.” Neither inmate involved in the incident on Tuesday required medical attention, and officials are investigating whether Hernandez or the other man, who was not identified, will face internal disciplinary measures or criminal charges, Hodgson said. Hernandez, 24, is jailed in North Dartmouth, Mass., about 60 miles south of Boston. He had been a rising star on the New England Patriots with a $41 million contract before he was arrested in June and charged with murdering semi-professional football player Odin Lloyd. He has pleaded not guilty to the charges and is awaiting trial. Lloyd's bullet-ridden body was found in an industrial park near Hernandez' home in North Attleborough, Massachusetts. Authorities have recovered text messages from Hernandez summoning his friend to his home and from Lloyd alerting his sister to his whereabouts “just so you know.”