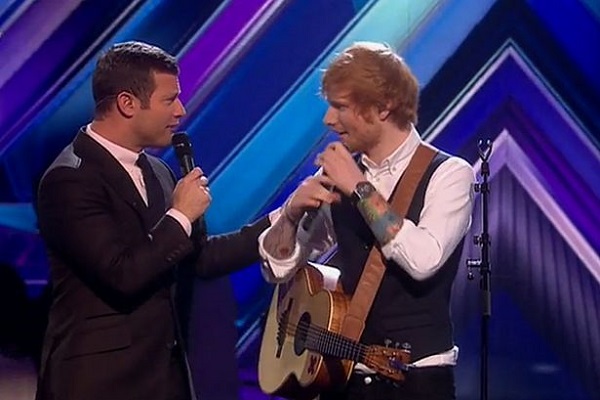 Ed Sheeran has revealed that he is backing Andrea Faustini after admitting the 20-year-old Italian is his favourite act.

The singer took to the stage to perform his latest single Thinking Out Loud for the first time on UK television.

But when quizzed about which contestant has impressed him so far, Ed was quick to answer.

"I love Andrea. The pug thing, the singing, I just want to hug him every time I see him."

Dermot also pointed out the number of backing dancers that the singer had brought along with him.

"I wanted to make it special because it's the first time I've performed this song on UK TV."

And Ed's appearance certainly got the Twittersphere excited.