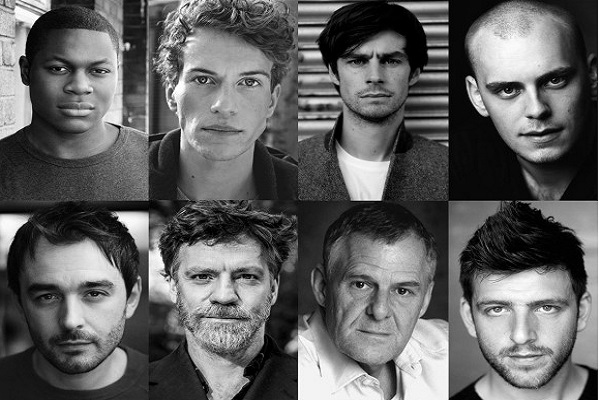 Shakespeare’s Globe opens the Globe 2014 summer season with a revisiting of Lucy Bailey’s 2006 smash hit Titus Andronicus, which critics described as “exhilarating”, “shatteringly powerful” and “diabolically and winningly funny”. Starring William Houston as Titus and Indira Varma as Tamora, this is another chance to see one of the darkest and most seminal productions in the Globe’s history.

William Houston is an eminent classical actor whose long career with the RSC has included title roles in Coriolanus, Ben Jonson’s Sejanus, Troilus and Cressida and Henry V – for which he was nominated for an Evening Standard Award for Best Actor. He played Pentheus/Agave in Sir Peter Hall’’s Bacchai at the National. His film credits include Clash of the Titans and Sherlock Holmes.

Indira Varma recently appeared in Jamie Lloyd’s The Hothouse at Trafalgar Studios. Her television credits include major parts in Luther, Silk and Rome, and she appears on screens in the new series of Game of Thrones in early April. She trained at RADA.

Obi Abili will play Aaron. His recent theatre credits include Taking Part at the Criterion Theatre, Play House at The Orange Tree and Sixty-Six Books at the Bush. He has also been seen on stage the Old Vic, National Theatre, Young Vic and Royal Court and his recent television credits include Quirke for the BBC and Strikeback II for Sky/HBO.

Matthew Needham will take the role of Saturninus. His previous theatre credits include Titus Andronicus and Candide at the Royal Shakespeare Company, Max Stafford-Clark’s production of Our Country’s Good for Out of Joint, and Brittanicus at Wilton’s Music Hall, for which he was nominated for the Ian Charleson Award.

Ian Gelder will play Marcus Andronicus. He has recently performed at the Donmar Warehouse in Roots, at the Royal Court in The Low Road and at the Almeida in King Lear. His recent television credits include Mr Selfridge, Endeavour and Game of Thrones.

Lucy Bailey has been directing theatre and opera for three decades. While still an undergraduate at Oxford University, she staged the world premiere of Samuel Beckett’s Lessness in consultation with the author. She is the co-founder of chamber music group the Gogmagogs and fringe theatre venue The Print Room. Her previous directing credits include Fortune’s Fool at the Old Vic, Macbeth and Timon of Athens at Shakespeare’s Globe and The Winter’s Tale and The Taming of the Shrew at the RSC.

William Dudley is the winner of seven Olivier Awards, a Critics’ Circle Theatre Award and a BAFTA. His numerous theatre credits include Fortune’s Fool (Old Vic), Uncle Vanya (The Print Room), Hitchcock Blonde (Royal Court) and The Woman in White (Palace Theatre). He designed the sets for Roman Polanski’s acclaimed musical The Dance of the Vampires, which toured to Vienna and Berlin, and for several operas including Billy Budd (Metropolitan Opera), Der Rosenkavalier and Don Giovanni (Royal Opera House) and The Seraglio (Glyndebourne).

Django Bates is a major figure in British jazz. He was a founder member of the legendary 1980s band Loose Tubes, and has since created several bands of his own, including Delightful Precipice. He has been a professor at two European universities, and has won the Jazzpar, jazz’s most prestigious prize. He has worked with Lucy Bailey on Baby Doll, (Birmingham Rep, Albery Theatre), Gobbledegook and Stairs to The Roof (Chichester Festival Theatre) and the short film You Can Run.

• Sam Wanamaker Playhouse: Shakespeare’s Globe is in the final stages of fundraising for the new indoor Jacobean theatre, which opened in January 2014 with The Duchess of Malfi.

• Globe Exhibition & Tour is open to the public all year and explores the life of Shakespeare, the London where he lived, and the theatre for which he wrote.

• Globe on Tour: The Globe’s productions tour extensively in the UK and internationally.

• Globe On Screen: Shakespeare’s Globe returns to cinemas in early 2014, bringing 2013’s season of triumphs to cinemas worldwide from April. Globe On Screen 2014 will feature The Tempest, Macbeth and A Midsummer Night’s Dream, all captured ‘live’ in high definition.

• Globe Shop stocks a variety of products, including theatre season specific merchandise. All profits go towards supporting our educational mission.

• The Swan Bar and Restaurant and the Foyer Café Bar are open all year round for reservations and events.

• The Shakespeare Globe Trust is a registered charity No. 266916. Shakespeare’s Globe receives no regular public subsidy.