T in the Park 2014 lineup revealed

T IN THE PARK will get underway on a Friday lunchtime for the first time and will run an hour later on the Saturday night, 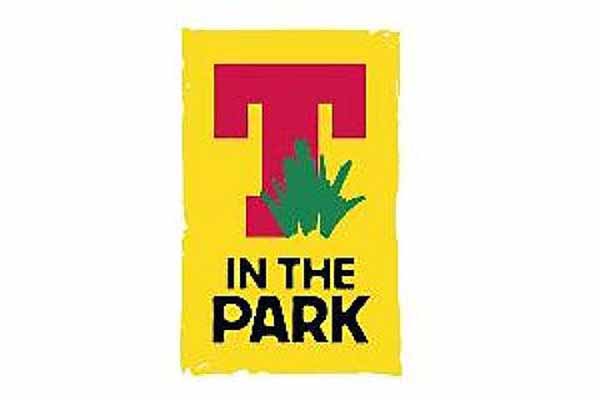 Scotland’s biggest music festival will run for an extra six hours this year in a bid to boost ticket sales in the face of the nation’s busiest ever summer of events. Scottish rock heroes Biffy Clyro will be returning to Balado for the first time in four years to headline the event for the first time, ensuring three of the four headline acts will be playing on home turf, with Brit Awards stars Arctic Monkeys rounding off the festival’s 20th anniversary celebrations.

The 85,000-capacity festival may run as late as 1am on all three days in future if this year’s experiment - aimed at helping T compete with European rivals - meets the approval of the authorities. This year marks the biggest expansion of T since a third day was added in 2007.

However weekend ticket prices are being pegged at last year’s level after organisers admitted the event was being affected by deep-rooted concerns over the economy.

Geoff Ellis, chief executive of festival promoters DF, said T in the Park - which was several thousand short of capacity last year despite its best ever weather conditions - was taking steps to cope with extra competition - in particular a free Radio 1 “Big Weekend” event expected to draw up to 60,000 fans to Glasgow Green at the end of May.

Ellis said: “We’re keeping our weekend ticket prices at the same level as 2013 this year as a reflection of the economic situation. Obviously our costs go up every year, but we felt it would be wrong to put the prices up.

“We’re also running a full day on the Friday for the first time, rather than have the bands starting at 5pm, so the opening day ticket is the only thing that’s going up to bring it into line with the Saturday and Sunday.

“Most people who come to the festival are there for the duration so we are giving them more for their money.

“We live in very challenging times. Money is tight and will be for a long time to come.

“There is uncertainty about the future in Scotland, with the referendum, which doesn’t help. People don’t know what is happening with their jobs and they are worried about what the future holds.

“Within all of that, 2014 is a great year of opportunity for Scotland. You’ve got so much happening, with the Commonwealth Games and the Ryder Cup, but the focus for music is really still T in the Park. There will be other events on but not with the kind of high-level artists we have.

“But it is tough out there. We’ve spent millions of pounds over many years building T in the Park up to what it is, it is not easy. We invest not just in the line-up but also the facilities and looking after the audience.”

Among the hotly-rated acts of the moment on the T in the Park bill are Pharrell Williams, Rudimental, Disclosure, Bastille, Tinie Tempah, Jake Bugg, Passenger, Ed Sheeran and Ellie Goulding.

Returning festival favourites include Pixies, Manic Street Preachers, Elbow, Kaiser Chiefs and James. Along with the three home-grown headliners, other Scottish acts on the bill so far are Twin Atlantic, Chvrches, Nina Nesbitt and Franz Ferdinand.

Ellis said the festival had pulled out all the stops to secure a late licence for the Saturday to try to accommodate both Nutini and Harris on the same bill.

Fiona Shepherd: T In The Park 2014 lineup plays it safe

Ellis said: “Major acts want to play in darkness. We are normally restricted to one headliner for each night. But we’ve felt that T in the Parkers like to carry on partying until the early hours.

“We have seen demand for things going on at the campsite and we’ve had audience feedback that we do finish a bit early compared to other European festivals, which can go until three or four in the morning.

“There is a demand amongst our audience for it, we want to attract people from Europe to come to T in the Park, people from the UK can see people later at other festivals and it is also a challenge getting artists who want to play in the dark, especially in Scotland where it is daylight until much later.

“We also wanted to achieve a double bill of Paolo Nutini and Calvin Harris, as co-headliners, and has also allowed us to book Pharrell Williams, who is now a huge act and would not want to come on stage at 6pm. All the stars have aligned for us this year.

“Having Biffy Clyro finish the main stage on the Friday also gives us what I think will be the most eagerly-awaited headliner T in the Park’s ever had.

“They’ve been at the festival a number of times, but have never headlined and have stayed away for the last few years, because they wanted to come back and headline the event.

“It is such a massive thing for their career, but it also is for us as they played T Break (the festival’s unsigned band stage) in 1999, which was such a pivotal point for them as it helped them get a record deal and go on to become one of the biggest rock bands in the UK in the last 20 years.”

Meanwhile Ellis says he expects T in the Park to be staged at Balado for the forseeable future and has denied there are major safety issues over the event’s long-running home.

He was speaking for the first time since it emerged the Health and Safety Executive wanted an alternative site for the festival from 2015 because of the risks of an explosion from an underground oil pipe.

Ellis said: “Perth and Kinross Council say they have no absolutely issue with giving permission for the event.

“There is no safety issue. If there was, we wouldn’t get a licence each year. It is either safe or it is not safe.

“When the HSE talk about an alternative site they just mean moving further away from the pipeline. I don’t see any reason why the festival won’t be back at Balado next year. It’s a big bit of land up there, it’s just a case or re-orientating things.”

PREVIOUS T IN THE PARK HEADLINERS

1994 Rage Against The Machine, Cypress Hill, Bjork, Primal Scream, below

2004 The Darkness, The Strokes, Muse, Pixies

2008 The Verve, Biffy Clyro, left, Kings of Leon, The Fratellis