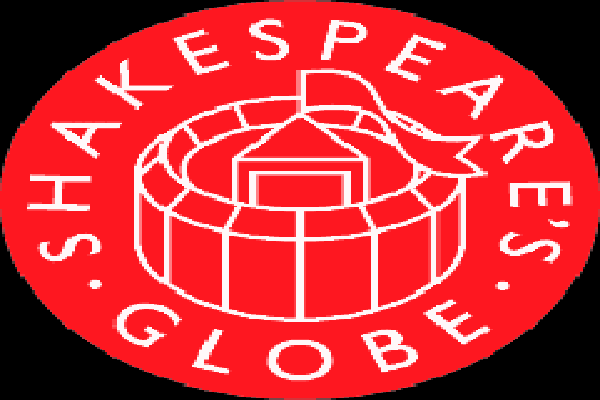 Shakespeare’s Globe is delighted to announce ‘Summer by Candlelight’, the very first programme of summer events in the new indoor Sam Wanamaker Playhouse.

Following a triumphant inaugural winter of plays, opera and concerts, the Playhouse will host an eclectic line-up of musical and theatrical events from April to October 2014.

‘Summer by Candlelight’ will open on Monday 28 April with Secret Classical Concert, the first in a series of top-secret classical recitals. An internationally renowned violinist, whose identity will only be revealed on the night, will perform a bespoke programme of mesmerizing violin sonatas specially crafted to complement the candlelit interior.

Next the Simón Bolívar String Quartet – comprising the four principal musicians from the internationally-renowned Simón Bolívar Symphony Orchestra of Venezuela – will present a one-night-only concert of Venezuelan music on Saturday 3 May. Led by Gustavo Dudamel, currently one of the most sought-after classical conductors in the world, the evening will include brand new interpretations from the Quartet repertoire.

The ‘Pinnock’s Passions’ series continues, following the sell-out launch concerts entitled Mozart in London in March. On Sunday 11 and Monday 12 May, The Queen’s Command will transport audiences to the golden age of Elizabeth I. Viol consort Phantasm, soprano Dame Emma Kirkby and tenor Stuart Jackson join Trevor Pinnock on the virginals to perform music from the Elizabethan Age, accompanied by poetry from a special guest speaker. On Sunday 6 and Monday 7 July, soprano Lucy Crowe, oboist Katharina Spreckelson and flautist Katy Bircher will appear alongside Trevor in Handel’s Garden. In the fourth and final pair of concerts on Sunday 7 and Monday 8 September, Trevor will be joined by flautist Emmanuel Pahud, violinist Matthew Truscott and cellist and viol player Jonathan Manson to celebrate the 300th birthday of CPE Bach in A Bach Family Celebration.

From Saturday 31 May to Monday 9 June, the Playhouse will host Nobel Prize-winning poet and author Derek Walcott’s new stage adaptation of his 1990 epic poem Omeros. The lyrical narrative – spanning centuries and continents and loosely based on Homer’s The Iliad – will be underscored by live music evoking the flavour of Walcott’s native Caribbean island, St Lucia.

On Sunday 15 and Monday 16 June, award-winning counter tenor Andreas Scholl will bring to life a selection of sixteenth and seventeenth-century lute songs by John Dowland and Thomas Campion. Music for a Jacobean Court will include sonnets and extracts from plays by Shakespeare, woven together with musical interludes on lute and harp to evoke the sounds of the court of James I.

On Saturday 28 June, Globe composer, BAFTA nominee and Academy Award-winner Stephen Warbeck and his ensemble will perform a selection of favourites from his many film scores and theatrical compositions in Music from the Films. Stephen has composed the music for several feature films, including Shakespeare in Love and Captain Corelli’s Mandolin, as well as numerous Globe shows, including last year’s The Tempest and Much Ado About Nothing in 2011.

The Sam Wanamaker Playhouse offers new fields of opportunity for experimentation and discovery, taking the journey that began when the Globe opened in 1997 in fresh new directions. As part of this journey, two of this summer’s main Shakespeare productions in the outdoor theatre – Dominic Dromgoole’s Julius Caesar, and Antony and Cleopatra with Eve Best – will be transported inside for special ‘Globe Outside In’ performances on Monday 14 July, Sunday 31 August and Monday 1 September.

From Sunday 27 July to Sunday 10 August, five members of The Sixteen – one of the world’s greatest choral ensembles – will perform Thomas Tallis, a specially-commissioned piece about the life and work of the celebrated Tudor composer. Interlacing a new score consisting of some of Tallis’s most luminous works with narrative drama, these performances will follow his life under royal patronage through one of the most tumultuous periods in English religious and political history.

On Saturday 20 September, acoustic roots and folk duo Show of Hands bring their powerful and haunting reinventions of British folk to the Sam Wanamaker Playhouse for one very special intimate acoustic show. Steve Knightley and Phil Beer have enjoyed an extraordinary 22-year partnership, including four sell-out shows at the Royal Albert Hall, multiple BBC Radio 2 Folk Awards and eleven studio albums. They will be joined by double bassist and long-standing collaborator Miranda Sykes.

The final events of the summer will be presented by Grammy-nominated sitar player Anoushka Shankar, daughter of the legendary Ravi Shankar. She brings four evenings in celebration of Bengali polymath Rabindranath Tagore to the Playhouse in September and October. Tagore was the first non-European recipient of the Nobel Prize for Literature and the only person to have written lyrics for the national anthems of two different countries (India and Bangladesh). Anoushka has hand-picked some of the greatest talents in Indian and Bengali music to play alongside her in this unique series.