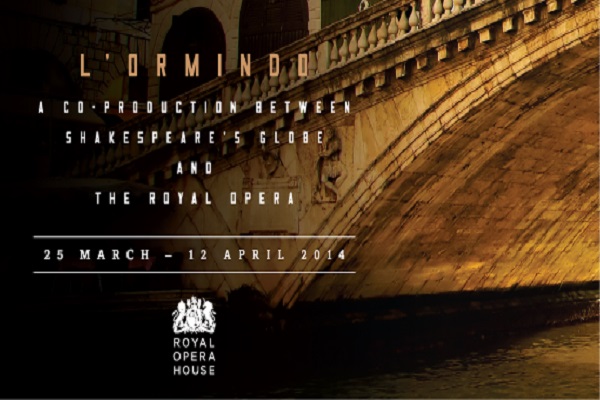 British conductor Christian Curnyn is one of the UK’s leading conductors specializing in Baroque and Classical repertory. He made his debut with The Royal Opera in 2009 conducting John Gay’s The Beggar’s Opera, in an arrangement by Benjamin Britten in the Linbury Studio Theatre. He made his debut with English National Opera in 2008 conducting Handel’s Partenope and has also conducted a realization of Purcell’s Dido and Aeneas, Rameau’s Castor and Pollux, Handel’s Julius Caesar and Charpentier’s Medea for ENO. He has appeared widely as an opera conductor in Europe and the USA.

Ed Lyon sings Amida. For The Royal Opera he has sung Lysander in A Midsummer Night’s Dream in the Linbury Studio Theatre in 2008, Pane in La Calisto and Hylas in Les Troyens. He sings the role of Dancing Master in The Royal Opera’s forthcoming revival of Ariadne auf Naxos in June 2014. He also sang the role of Gernando in Haydn’s L’isola disabitata with The Royal Opera on tour at the Hobart Baroque Festival in 2013. Other recent roles include Mercury in Castor and Pollux at ENO, Freddy Eynsford Hill in My Fair Lady in Paris, and Hippolyte in Hippolyte et Aricie for Glyndebourne Festival Opera.

Making his debut singing the title role of Ormindo is British tenor Samuel Boden. He made his English National Opera debut in 2011 as Afinomo in The Return of Ulysses at the Young Vic. Other recent operatic appearances include the role of Prologue/Peter Quint in The Return of the Screw with The Koenig Ensemble in Mexico, Mercury in Hippolyte et Aricie at Glyndebourne Festival Opera in 2013, the title role in Charpentier’s Actéon for Opéra de Dijon and Opéra de Lille and Tony in the 50th Anniversary World Tour of West Side Story for Sundance Productions.

British soprano Susanna Hurrell makes her debut with The Royal Opera singing the role of Erisbe. Her recent operatic roles have included the title role in Rodelinda, Rossane in Alessandro and Amarilli in Il Pastor Fido for the London Handel Festival, Serpetta in La Finta Giardiniera for Opéra de Baugé, and Rose Maurrant in Street Scene for The Opera Group. In concert she has performed Handel’s Messiah with the English Chamber Orchestra, and Pergolesi’s Stabat Mater with the Orchestra of the Age of Enlightenment.

American soprano Joélle Harvey makes her debut with The Royal Opera singing Fortune/Sicle. Her recent roles have included Susanna in Le Nozze di Figaro for Glyndebourne on Tour, Zerlina in Don Giovanni and Galatea in Acis and Galatea for Festival d’Aix-en-Provence and Tigrane in Radamisto at Carnegie Hall in New York with Harry Bicket and The English Concert.