London Fashion Week (LFW) is the most creative and innovative event on the global fashion calendar. 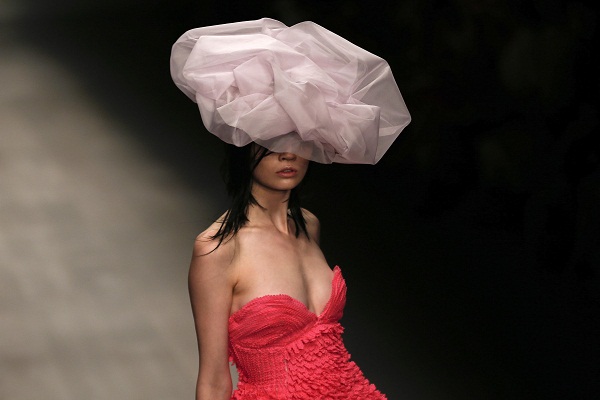 ‘'2012 has been an unforgettable year for our city and the serotonin is still flowing with the launch of the talentfest that is London Fashion Week. We have astonishingly creative people working in the capital, bringing energy and ideas as well as generating business. Over just a few days Fashion Week showcases our best fashion designers, puts London's creative industries on the front pages and brings in over £100 million of orders alone” - The Mayor of London Boris Johnson

LFW is organised by the British Fashion Council (BFC) and is funded by sponsors, many of which provide services that have become integral to the unique experience London has to offer. The BFC thank all of their sponsors, in particular principal sponsor Vodafone who are also title sponsor of London Fashion Weekend.

BACKGROUND: “I was born in Montreal, Canada. I lived just outside the city, near a very large lake.”  Erdem studied at the Royal College of Art. He worked for a designer in New York before setting up his own label.

IDEAL CLIENT: “A clever person who probably cares little about seasons. She has a lot of conviction and marches to her own drum.”

TRADEMARK PIECE: “Hopefully pieces that are special and individual.”

62 catwalk shows and 20 presentations to take place over 5 days. 110 UK and international emerging and established, ready-to-wear and accessory designers at The Exhibition at London Fashion Week (LFW) rag & bone to show collection on the official schedule for the first time. Philip Treacy and Preen returning to show at LFW. New presentations to the schedule include Lucas Nascimento and Marques Almeida as part of the NEWGEN sponsored by Topshop scheme, Huishan Zhang and Willow