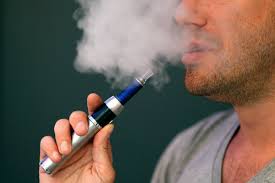 The vaping trend seemingly knows no bounds as the first “cannabis” e-cigarette goes on sale in the UK tomorrow. The KanaVape, which contains hemp, has been legalised for use in France by people with cancer, multiple sclerosis (MS) and other conditions requiring pain relief.

Its creators told The Independent it will go on sale around the world tomorrow but the Home Office has cast doubt on whether that would be legal, saying the product must be tested for controlled substances. Antonin Cohen and Sebastien Beguerie said the KanaVape cannot be compared to a joint or spliff because it does not contain THC, the chemical credited with causing cannabis highs.

It is one of more than 60 active “cannabinoids” in the plant, which have varying effects including relaxation and pain relief. “We made KanaVape to give millions of people a legal and tasteful way of using cannabinoids,” Mr Cohen and Mr Beguerie said. “We craft our production with love, care and scientific research. KanaVape is good for our customers and good for the planet.”

The website boasts that the vaporiser allows the enjoyment of the “original flavour” of hemp without the accompanying smoke or psychotic effects. “Stay relaxed, keep a clear mind and an active lifestyle with KanaVape – anytime, anywhere,” it says. “It will not make you ‘high’ but will help you relax.”

A marijuana plant Different strains of hemp with varying cannabinoid content are grown for different uses The hemp inside contains 5 per cent cannabidiol, which is being tested for medical applications around the world.

Licences are available to grow hemp in the UK and it can be legally sold in certain forms, including oil, paper and clothing. A spokesperson for the Home Office said KanaVape would have to be tested for illegal substances before going on sale. “Cannabis is classed as an illegal drug under the Misuse of Drugs Act 1971,” he added.

"It is an offence to supply and possess a controlled drug and to supply any article believing it to be used for their administration.” The Medicines and Healthcare Products Regulatory Agency is responsible for approving products for medical use.