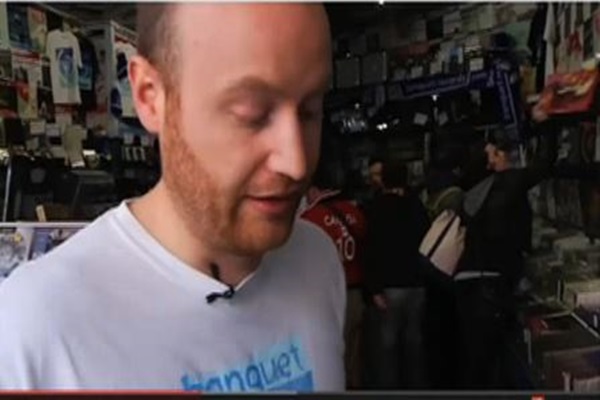 Ask American DJ and record store guru Pablo Roman-Alcala why vinyl records are making a comeback, and he has a simple answer. "People want to buy a physical object that represents music's cultural weight," he says. "The idea that culture is disposable is over, I think." The sales numbers lend support to his view. In the United States, vinyl sales have risen steadily since 2007 and jumped 43 percent to 6 million units last year, according to data from Nielsen SoundScan. In Australia, record sales surged by 77 percent last year. Purchases are also up in Germany - generally ranked as the world's fourth largest music market - so much that manufacturers are pulling mothballed record pressers out of storage to help meet demand for new releases.

Most of the growth has come from an increase in sales of mainstream rock and dance music. But locally-owned, independent record stores have also played a part in the vinyl industry's revival. In the face of heavy competition from digital music and illegal downloads, local stores have refocused their business models. To survive, some are redoubling their efforts to become integral parts of their communities' cultural scenes.

World Record Store Day - an annual event staged on the third Saturday of April - has played a significant role in the turnaround. It was launched in 2007 in the US, but today counts some 1,000 record stores worldwide as participants. The store where Roman-Alcala works - OYE Records in Berlin - has embraced industry events like World Record Store Day. Shops like OYE aim to give customers an experience they can't find online. "A lot of record stores saw their sales in records and other physical media drop considerably in the early 2000s," Roman-Alcala said. "World Record Day was a way to bring the positive things about records stores - the communities they help create - into the public consciousness."

Demand for vinyl has exploded, and some producers are struggling to keep up Roman-Alcala said stores in Berlin have sought to offer unique, curated collections. On World Record Store Day, many sell limited edition releases and hold events thanking customers for their patronage.

While stores like OYE have emphasized records as part of a strategy to survive in the marketplace, Berlin's Rotation Records is broadening its inventory to become a concept store centered on the Berlin nightlife brand. Rotation supplements sales of records with clothing and accessories. By curating music inventories and related merchandise in imaginative ways, stores like Rotation have managed to pull off a sales increase. "Lots of our customers switched to CDs or MP3s, and our sales dropped," Nikolaus Schäfer of Rotation said. "So, we decided to focus more on clothing and design labels. This has worked out well. Now, we only offer the music that we want. We cut music that we had to sell just to boost our margins." While record sales at his store have slowed overall, Schäfer said a core group of customers continues to buy the records he stocks. Like Roman-Alcala of the OYE shop a few blocks away, Schäfer agrees that vinyl continues to have a unique appeal to customers.

"People collect records because they like the audio quality," Schäfer said. "The cover art looks better, too, on a record. Any many people just like the feeling of records." Whether the large, round discs offer a richer sound experience is a contentious topic in the music world. Though sound fidelity is an important driver of sales among connoisseurs, DJ Roman-Alcala - who releases his own music on vinyl - says that the main reason he steers buyers towards vinyl is because artists make considerably more money from the sale of one record compared to the sale of a digital file."It's pretty simple," Roman-Alcala explained. "You should buy records because it's the best way to support artists." DW.DE