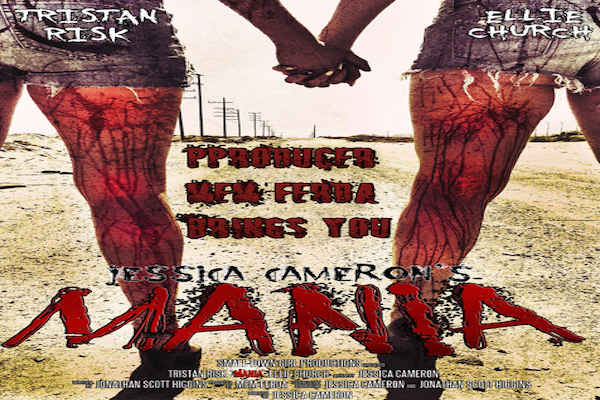 British Screen Star and Producer Mem Ferda (Gunned Down, Pusher), has recently finished filming MANIA, his new collaboration with Scream Queen Director / Actress Jessica Cameron (Truth or Dare). MANIA stars the new break-out horror star Ellie Church (Time to Kill) and Tristan Risk (American Mary). The film takes us on a journey across the United States as two lesbian lovers flee their home after a brutal murder. Ferda teamed up with Cameron and Executive producer / writer Jonathan Scott Higgins once again, after their huge success with Truth or Dare which won over 34 Awards worldwide.

Ferda commented MANIA is different. Its fresh, alarming, and draws from the sexual anxieties of early Cronenberg. Jessica without a doubt, delivers. Im thrilled to have her as my director and to be working with her again. With MANIA, we have a sexy but dark horror, which impressively shocks without resorting to cheap scares.

MANIA is the first of three features which are due for the festival circuit in 2015. Produced by Mem Ferda and Directed by Jessica Cameron. For more information on MANIA, please visit:

To find out more about Mem Ferda, go to:

Mem Ferda was born in South West London in 1963, and started acting from a young age. This led to graduating with a Postgraduate Diploma in Classical Acting from The London Academy of Music and Dramatic Art (LAMDA). He went on to carve himself a successful career, landing a myriad of TV roles, commercials and films. Over the years he has taken on a notable list of baddies roles, including Dusan (The Crew), Hakeem (The Veteran), Vladimir (ill Manors), Kamel Hannah (The Devils Double) and Ilir Duka (Dirty Money).