The UK has seen off 2020 and celebrated the dawn of 2021 with a fireworks and light display over London that included tributes to NHS staff. 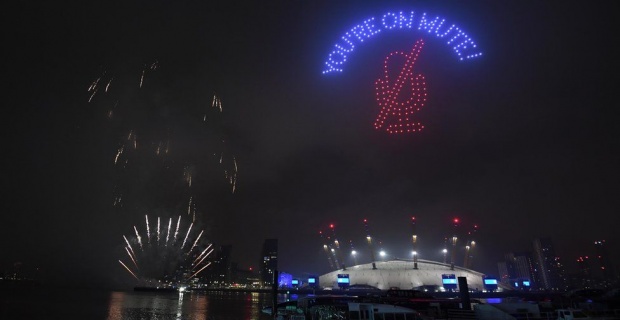 The UK has seen off 2020 and celebrated the dawn of 2021 with a fireworks and light display over London that included tributes to NHS staff.Revellers were not able to ring in the New Year in the usual way because of the coronavirus pandemic, with people instead told to stay at home.But the 10-minute show over the Thames was aired on the BBC at midnight.Edinburgh's traditional Hogmanay street party was cancelled, with videos of a drone display released instead.The series of videos showed a swarm of 150 lit-up drones over the Scottish Highlands and Edinburgh were released, which organisers said it was the largest drone show ever produced in the UK.Despite the cancellation of Edinburgh's traditional Hogmanay celebration - which normally attracts 100,000 people on the city's streets - there were some people who ignored the pleas to stay at home.Crowds of several hundred people gathered at Edinburgh Castle to see in the new year. They sang Auld Lang Syne and danced before eventually dispersing when several police vans and cars pulled on to the castle esplanade. 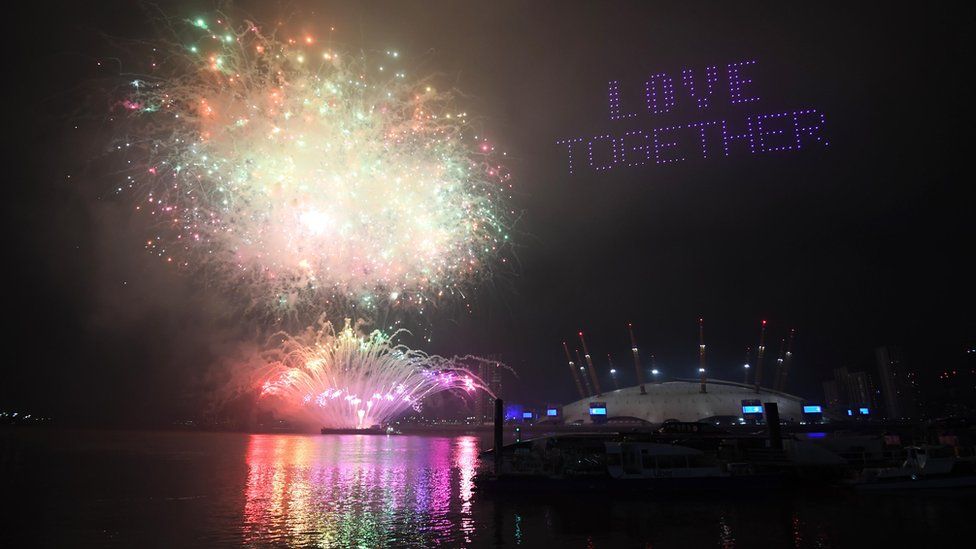 Keywords:
Coronavirus PandemicEnglandUk New YearLondon New YearLondon 2021
Your comment has been forwarded to the administrator for approval.×
Warning! Will constitute a criminal offense, illegal, threatening, offensive, insulting and swearing, derogatory, defamatory, vulgar, pornographic, indecent, personality rights, damaging or similar nature in the nature of all kinds of financial content, legal, criminal and administrative responsibility for the content of the sender member / members are belong.
Related News