A former runner-up in the BBC Young Folk Awards, Dogan has carved out a name for himself with his unique style of Anglo-Turkish world folk beats. 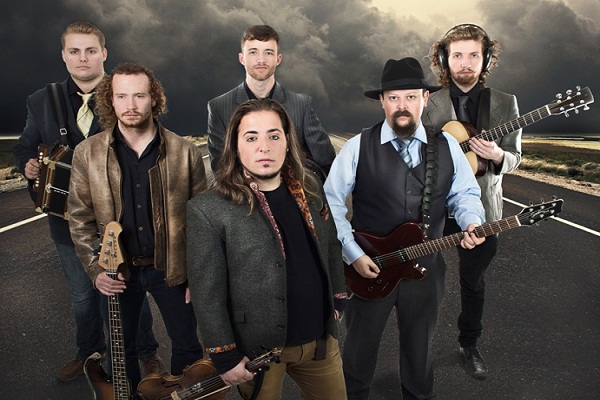 A former runner-up in the BBC Young Folk Awards, Dogan has carved out a name for himself with his unique style of Anglo-Turkish world folk beats.  Just 22 years old, the young star made his mark in the world of entertainment by appearing on a hit TV comedy show on BBC 1, as well as starring in West End musical Stomp.

His reputation as an emerging British talent earnt him an invitation to perform at Glastonbury in 2011, where he got the audience to sing along to Baris Manco’s classic hit “Domates Biber Patlican”. The track features on his second album ‘Outlandish’, released earlier this year.

Dogan is now one of the rising stars of the festival circuit and is described by MOJO magazine as “a roaring fanfare for multicultural Britain, merging Anglo-Turk traditions with relish and conviction”. His talents were spotted by LRF organisers Continental Drifts, who programme stages for the UK’s biggest festivals, including Glastonbury, Bestival, Boomtown and Lovebox, adding the talented Turk to their artist roster.

Following his performance in the Cultural Olympiad over the summer, Dogan returns to the capital on Saturday 24 November as one of the headline acts at the LRF 2012. This 24 hour event takes place across three venues in Shoreditch – a stone’s throw from the Turkish community stronghold of Dalston. With one wristband, festival goers can access all events to enjoy a cultural cocktail covering Roma to Rumba, Latin beats to Afro funk, new folk to no folk. Dogan is expected to take to the LRF stage at 10pm at Rich Mix on Bethnal Green Road. Visit www.londonremixedfestival.com for line-up and tickets.

The following night, Sunday 25 November, Dogan and his five piece Boombox Karavan will be bringing their blend of Anglo-Ottoman Funk to Turkish London’s hottest new venue Cyprus Garden in Chingford, North East London. Babutsa’s Soner will be a making a special guest appearance too. It all starts at 7pm and runs till late, with the audience promised a lively and infectious night of global Turkish beats guaranteed to get their head, hips and feet moving. Food is included in the £20 entrance fee. Feast on a fixed menu meal of 15 hot/cold Cypriot meze dishes, roast chicken (vegetarian options) and fruit. And there’s free private parking.  For more information and bookings, visit facebook.com/cyprusgardenchingford or call Engin Yorganci on 07738 410870.

Who is Dogan Mehmet?

Dogan is a second generation Turkish Cypriot. The son of Gulbin Remzi and Ahmet Mehmet (respectively from Limassol and Yeni Bogazici), Dogan was born and raised in Brighton. At home he regularly heard Turkish and Cypriot music and as soon as his parents bought him a fiddle, he became hooked on music.

Dogan’s multi-ethnic roots are central to his songwriting. His bilingual lyrics and songs reflect the remixed sounds of Britain, Turkey and Cyprus. Reviewing his music, the Sunday Times claimed it, “shines irrespective of the curiosity value of his cross-cultural heritage”.

The multi-instrumentalist first burst onto the scene with his 2008 EP Unlimited. He became the runner-up in the 2008 BBC Young Folk Awards and stole the show with a sensational live performance. The following year, Dogan released his critically acclaimed debut album Gypsyhead, establishing himself as a bold young artist that can explore and deliver exciting new music based on traditional cultures.

For the past 12 months, Dogan and his band the Boombox Karavan have experimented with a new sound Dogan calls “Anglo-Ottoman Funk”. The results are on his eagerly-awaited second album, Outlandish, released in August 2012, selected as a ‘CD of the Week’ by London’s Evening Standard. Turkish tracks on the album include covers of ‘Domates Biber Patlican’, the world’s oldest Turkish folk song ‘Uskudur’, and ‘Leymosun Turkusu’ – the anthem of his family’s Cypriot home town.

Aside from music, Dogan loves to act and dance. As a child he learnt Hip Hop moves, alongside traditional Turkish Folk and British Morris dancing. He has appeared in several musical theatre productions including smash hit Stomp in 2011. In 2007, Dogan landed a regular role on BBC 1’s The Omid Djalali Show.

Dogan’s two albums are released on Hobgoblin Records and are available from Amazon, iTunes, HMV, and all good record stores. For more details about this upcoming star, visit www.doganmehmet.com