Cesar Franck And Paul Dukas With Their Piano Works 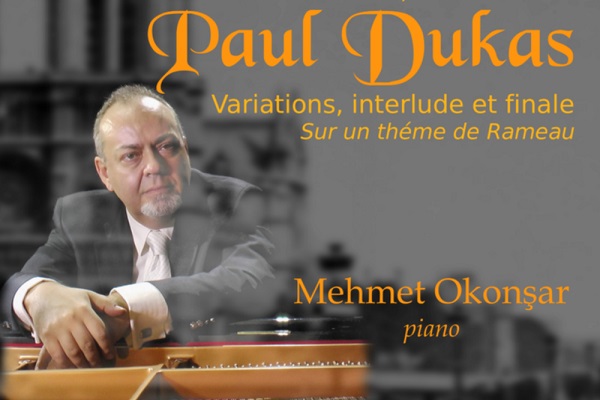 Grave and heavy are the major characteristics of Cesar Franck's piano music.

As Alfred Cortot comments the lyricism in those ravishing pages does not have the poetic quality of one Chopin or Schumann. In lieu they are packed with a strong and abundant classicism. Contrary to Saint-Saens or Faure who were searching for clarity and lightness, Franck makes use of the piano as a substantial polyphonic and harmonic instrument.

The Belgian-born music composer employs a dense and rich musical writing and makes usually use of a very high level of virtuosity. The distinctive appeal of this music often resides in its incredible architectural quality.

Franck follows the art of Beethoven he revered since his early years but also J.S. Bach. Cesar Franck most ordinarily uses the cyclic form in his piano music. All different movements of his major piano creations make use of a distinct thematic cell or motive. He creates an overwhelming unity within diversity through this method.

According to Claude Rostand, Franck was working with this method in an instinctive and natural manner. Cesar Franck was born in Liege (Belgium) in 1822 and died in Paris at 1890. Franck started his musical education at Liege but soon entered at the Paris Conservatory, where he studied intensively piano, organ, work and fugue.

For over thirty years he was in charge at the big organ of the "Sainte Clotilde" church in Paris. Cesar Franck got to be widely referenced when he was over fifty specially with his largest compositions like "les Djinns" (symphonic poem after Victor Hugo's work for piano and orchestra), Prelude chorale et fugue for the piano, violin sonata and Symphonic Variations. Franck is appealing as a Belgian composer, of Germanic roots which has brought to French music (his adoptive land) a tremendous contribution.

The Prelude, chorale et Fugue is a cyclical music composition where the theme appears in each movement. Vincent d'Indy affirms that this Prelude is following the tradition of Baroque preludes for Suites. The meditative introduction where the main theme is placed between its own accompaniment displays audacious and vibrant modulations and leads with dramatic pauses to the Chorale.

The Chorale in E-flat minor is articulated with three expositions of the theme between chromatic and tragic developments. The main theme itself is presented with a descending diatonic bass-line where some authors did recognize the theme of church-bells in Parsifal.

The Fugue's main theme is still the main theme of the work. Franck takes the path of Beethoven in his last sonatas. Fugal writing gradually merges into a pianistic writing of the highest virtuosity.

Prelude Aria et Final was authored in 1886-87. The critics mentioned, on its premiere, that this remarkable piece was "long" and "boring". In that distinctive piece we can see more organ writing than piano.

Cortot outlined once that this piece attempts to make a large-scale cyclical sonata form. In the way Franck did with his D-minor symphony.

French music composer Paul Dukas was born and died in Paris (1865-1935). During his musical work studies at the Paris Conservatory he linked with Claude Debussy. He obtains the Second Prize at the "Prix de Rome" in 1888. His reputation widens with the Symphony in C major, 1897, and specially with the Apprentice Sorcerer, his big hit.

An impressive erudite, Paul Dukas will write extensively as a music critic for several publications of his time. Also a glanced after teacher at the Paris Conservatory and the "Ecole Normale" he will have among others Olivier Messiaen among his pupils. His compositions, restraint by number but extremely elaborated have a great importance on future generations. Among them, Gabriel Faure wrote: "powerful originality, high sensitivity and an admirable style; these are the qualities which make, for me, Paul Dukas a very great musician."

Paul Dukas authored only four great compositions for the piano: the big Sonata in E-flat major, the Variations, interlude and Finale after J. P. Rameau and "Prelude elegiaque" and "Plainte au loin du faune". The former ones date from 1901 and 1903 respectively and later ones: 1909 and 1920. Those last ones are dedicated to Haydn and Debussy.

From 1901, the "Variations interlude and Finale" ("sur un theme de Rameau") was first performed by Edouard Risler the year of its work. A very concise Menuet called "Le lardon" by J. P. Rameau, from his "Pieces de clavecin" is the starting element of an awesome series of incredible variations. A novel analogy is with the Diabelli Variations by Beethoven. Both start with a real easy motive and expand on it to huge proportions. According to Vincent d'Indy the primary eleven variations are somehow "commenting out" the theme, then after a widely developed "interlude" which presents the twelve-th one, lead to a "Finale" which elaborates on the theme to monumental proportions."