Turkey is preparing to participate in The London Book Fair 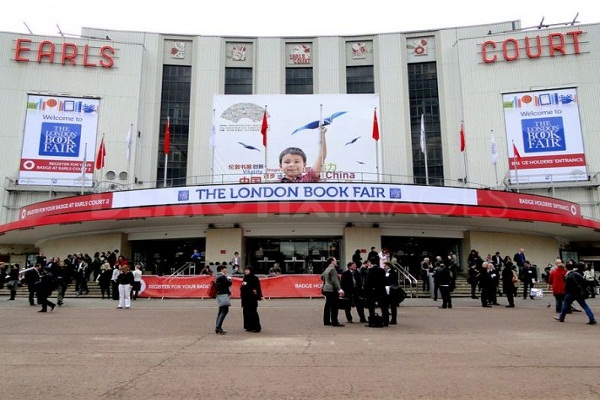 LONDON (19 November 2012) --- As 2013’s “Market Focus”, Turkey is preparing to participate in The London Book Fair (LBF) on 15-17 April next year. The professional programme begins at TÜYAP International Istanbul Book Fair where an itinerary has been prepared by Turkey’s Ministry of Culture and Tourism, under the coordination of Turkish National Organizing Committee, and in partnership with The London Book Fair, the British Council, Istanbul International Book Fair  and the UK Publishers Association.

Additionally, there will be an increased presence from The Publishers Association (PA), the leading trade organization serving book, journal, audio and electronic publishers in the UK, a strategic partner of The London Book Fair.  The PA will for the first time have a UK collective stand at TUYAP (stand number 103A). There are eight publishers participating on the UK collective stand all looking to strengthen business relations with Turkish publishers.

With a colourful and rich programme coordinated by the Ministry of Culture and Tourism of the Republic of Turkey and Turkish National Organizing Committee in cooperation with the Istanbul Chamber of Commerce, Yunus Emre Institute, the London Book Fair, the British Council, and the Publishers Association of the UK, preparations for Turkey’s participation in The London Book Fair as the “Market Focus Country” have reached the final stage.

The LBF Market Focus features a Professional Programme of seminars, in partnership with the UK Publishers Association and the Turkish National Organizing Committee, which are aimed at those looking to do business with Turkey.

The British Council will be hosting a cultural programme at the London Book Fair, across London and throughout the UK to showcase the diversity and quality of contemporary writing from Turkey.

Turkey is preparing a stand for The London Book Fair Market Focus Country activities, representing its colourful cultural diversity, befitting the richness of the programme, and reflecting the progress made by the Turkish publishing sector over the recent years.

Turkey will be represented at The London Book Fair 2013 by a national stand covering an area of 500 m2 and another stand sponsored by the Istanbul Chamber of Commerce, covering an area of 170 m2. The stands will be comprised of 30 Turkish publishers, all located at the “Market Focus Country” section.

This national stand will contain a special section for the TEDA Translation Subvention Project, a section on Children’s and Young Adult Literature, a national book exhibition entitled “Books from Turkey” and it will also host displays of traditional handcrafts and illustrations. In addition, Turkey’s national stand will be the venue for various cultural activities organized by the Turkish National Organizing Committee. About 200 professionals will be present at Turkey’s national stand and ITO (Istanbul Chamber of Commerce) stand, where they will hold meetings and promote their new products and publications.