London Turkish Film Week is back for a second year between 24thand 30thApril with a raft of talented film-makers, actors, academics and special guests. 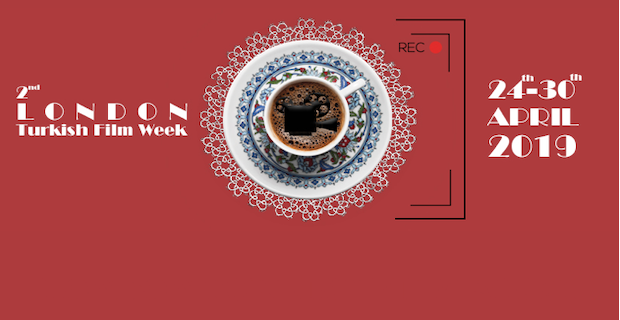 Following a modest but well-attended clutch of premieres on the Strand in chillier December 2018, the 2nd London Turkish Film Week springs on to the splendid screen of the historic Regent Street Cinema - the venue where the Freres Lumiere first presented films in Great Britain, which has now been restored and transformed into one of the loveliest cinemas in London.

From 24th to 30th April 2019'a baker's dozen of new features, shorts and documentaries, representing a feast of films that have found favour with audiences across Turkey, and already won many festival awards and praise from critics around the world, will be unveiled here and in other venues including King's College on the Strand, the School of Oriental Studies in the heart of Bloomsbury, the sumptuous cinema inside the European Bank of Reconstruction and Development, above Liverpool Street Station, and the organising host the Yunus Emre Institute in Fitzrovia.

We first go to SOAS and Yunus Emre Enstitüsü – London for documentaries, Let the Kid Playand Guardian of Angelsas well as a talk on Turkish Dramas with its ever increasing popularity. Following that we go to the legendary Regent Street Cinema for a talk on Netflix, At the Flicks or Netflix and 9 worthy Turkish Films. The 9 starts and ends with the blockbusters Çiçeroand Turkish Ice Creamrespectively and includes recent festival entrees and winners: Yellow Heat,Yozgat Blues, Brothers, Halef, The Pigeon, Murtazaand Sideway. London Turkish Film Week then continues with the free film screening of Smell of Moneyat EBRD.

All films will be screened with English sub-titles. Tickets are now on sale for all the public screenings or events via www.yeelondon.org.uk and www.regentsreetcinema.com 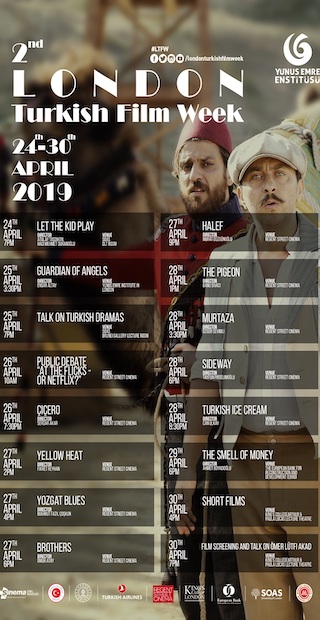 Keywords:
Yunus Emre InstituteLondon Turkish Film Week
Your comment has been forwarded to the administrator for approval.×
Warning! Will constitute a criminal offense, illegal, threatening, offensive, insulting and swearing, derogatory, defamatory, vulgar, pornographic, indecent, personality rights, damaging or similar nature in the nature of all kinds of financial content, legal, criminal and administrative responsibility for the content of the sender member / members are belong.
Related News