2019 celebrated as International Year of Indigenous Languages, under UN resolution 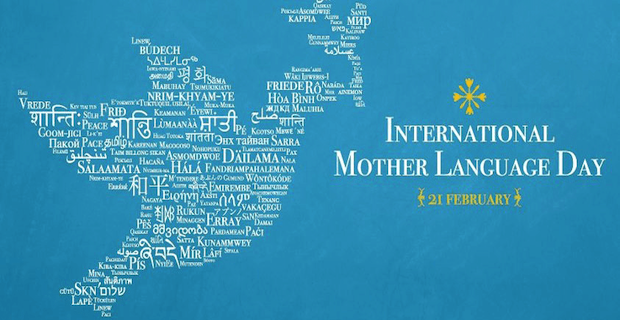 International Language Day is being observed worldwide Thursday to promote linguistic and cultural diversity and multilingualism.

In 1999, UNESCO recognized Feb. 21 in a resolution as International Mother Language Day to honor the Bengali demonstrations in 1952 in then-East Pakistan -- which later became Bangladesh -- against the use of Urdu as the sole national language.

The Bengali Language Movement started in 1952 and after a long struggle, in 1956 the central government of then-Pakistan accepted Bengali as one of the state languages of the country.

In the same resolution, the General Assembly declared 2008 as the International Year of Languages, to promote unity in diversity and international understanding, through multilingualism and multiculturalism.

The UN made 2019 the International Year of Indigenous Languages under the theme of “Matter for development, peace-building and reconciliation”.

A language goes extinct every 2 weeks

At least 43 percent of the approximately 6,000 languages spoken in the world are endangered, according to the UN report “Atlas of the World's Languages in Danger”.

"Every two weeks a language disappears, taking with it an entire cultural and intellectual heritage,” according to another UN statement.

“When languages fade, so does the world's rich tapestry of cultural diversity. Opportunities, traditions, memory, unique modes of thinking and expression -- valuable resources for ensuring a better future -- are also lost,” it read.

Nearly 40 percent of the world population does not receive education in their mother tongue, according to the UN.

“Progress is being made in mother tongue-based multilingual education with growing understanding of its importance, particularly in early schooling, and more commitment to its development in public life,” the UN added.

Keywords:
UNESCOInternational Mother Language Day
Your comment has been forwarded to the administrator for approval.×
Warning! Will constitute a criminal offense, illegal, threatening, offensive, insulting and swearing, derogatory, defamatory, vulgar, pornographic, indecent, personality rights, damaging or similar nature in the nature of all kinds of financial content, legal, criminal and administrative responsibility for the content of the sender member / members are belong.
Related News